​
​Step One: Watch The Opening Video
​
Step Two: Listen to The Audio
​ 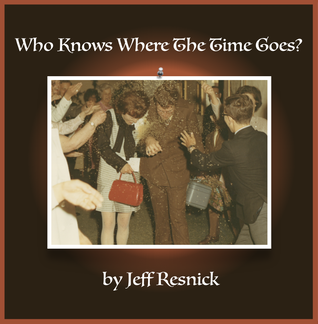 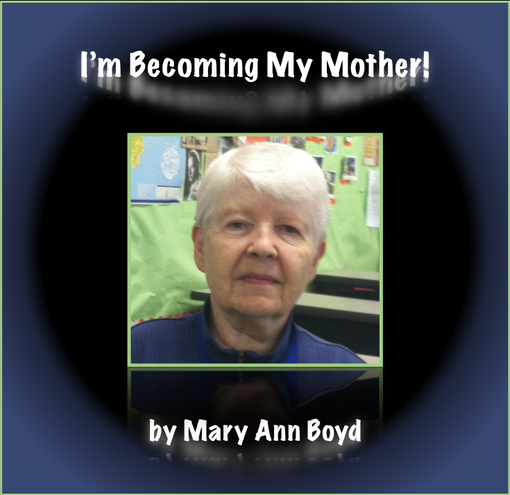 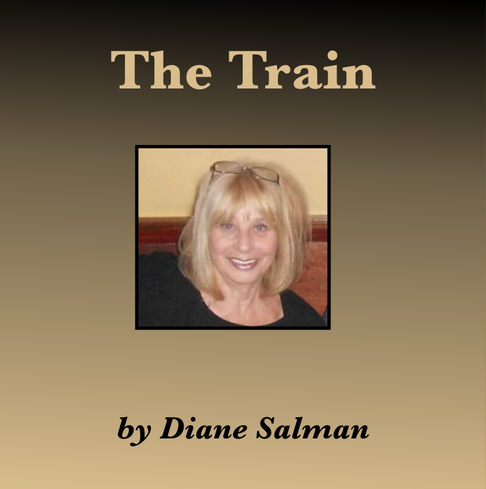 The bite of the February wind had Harry jiggling from one foot to the other. His toes were tingling with an itch of pain that no amount of stomping could calm the numbness permeating through the thin soles of his shoes. Pulling his wool scarf up further towards his mouth, he stepped forward to the edge of the subway platform, glancing left and praying for the sight of headlights cutting through the darkness of early dawn. Gusts of soot and small debris clung to a whirlwind of airborne newspaper sheets, signaling the approach of the train. Ear splitting, screeching brakes brought the train to a halt. A flock of fellow commuters shoved and pushed through the still opening doors as the scramble for a coveted empty seat began. Harry dove into a vacant spot on the long bench, relieved to feel the steam heat emanating from the vent behind his knees.

Harry was also a gentleman... a cold and shivering gentleman...but he was raised right. He stood up and offered his seat to the woman standing in front of him. She was swaddled in an ankle length coat, her hat pulled down over her ears and her scarf pulled up to her eyes. He glanced down at her as she settled into the woven straw seat and began to unwind the red scarf, letting it fall down over her shoulders. She glanced up with a smile and a nod of think you. Wow!! He could not look away. Was it her eyes or her smile that sent a thrill through Harry that immediately warmed his heart, despite the cold chill still wafting through the subway car? He wanted to say something but words wouldn’t come. He wanted to introduce himself, to hear her voice, to be witty, to be kind, to tell her that he wanted to know her. He tried not to stare. A stealth glance assured him that she was not less than he imagined.

The Times Square subway stop was announced...too soon, it seemed to Harry. His opportunity was spent. He was lost for the last half-hour in paradise with a princess seated before him. Now he had no choice but to leave his princess and endure the 8-block trek to a job he hated. The only reason he continued to resentfully take orders to perform tasks he felt was just not who he was or wanted to be, was simple...“the times”. Helping support his parents and four younger siblings was the only honorable way a man could stand a little taller during these days of bread lines and rampant unemployment. He should have been grateful for the extra dollars that kept a roof over the heads of his family and he was...but still, he wanted to be an artist and to paint beauty just like the beautiful blue eyed woman who smiled up at him from the seat of the subway train.

Each morning, Harry timed his wait on the platform in hopes of seeing her again. The moments he did spot her in the crowd, he would run along the platform until he knew he secured a strategic place for the run for a seat. Like a football player, head tucked close to his chest and body propelling forward, he rushed for the goal post. Touch Down! As the train began its departure, Harry gallantly offered his seat to her. She would once again smile and nod her thanks. No words ever passed between them. Harry still didn’t have the courage for his tongue to form words.

The April breeze sent a warm promise of playful warmer days to come. The other commuters standing on the platform were chatting and smiling. The desperation of winter was soon becoming a fading memory. People seemed more relaxed as they cozied down into a gentler frame of mind. Feeling anxious, however, Harry perused the crowd. Where was she this morning? Would he recognize her when she shed her coat, her hat and her scarf? Was she too thin, too chubby? He didn’t really care...he already loved her.

There, running up the stairway to the elevated platform to catch the train that was just pulling into the station. He would know her anywhere. He sprinted across the platform to where she was almost tripping as she tried to rush through the opening doors of the subway car. “Oh!” he heard her cry out. He saw her horrified expression as she watched her pocketbook falling from her shoulder and into the gap between the train and the platform. Harry panicked and tried to grab her as she jumped backwards onto the platform. His body broke her fall. The train pulled away. He helped her up and almost took her in his arms. Was she hurt, was she okay, he had to know. Her stockings were torn and the scrape on her knee was bleeding. She stood there trembling and crying. Yes, she was okay but her pocketbook was laying on the tracks. Her money, her lunch, her Woolworth’s makeup case guarding the expensive lipstick she purchased as a rare treat...just because.

“It’s ok...I got this,” he assured her. Before she could mutter the word, “what???”, she gasped as Harry lowered himself into the gulley of the track bed. Her hand went to her mouth in fear for his safety and the astonishment as he triumphantly raised his arms grasping the straps of her bag.

“Get back up here now!” she shouted as she reached down to help him up out of the pit.

“Hi,” Harry bowed before her. “Glad to serve,” were the crazy words that gushed forth after all the pent up months of so much more he wanted to say to her.

“U-h-h-h-,” she stuttered. “Thank you so-o-o much but that was really crazy what you just did! What if a train was coming? What if you got too close to the third rail? I was so scared! Are you nuts???”

“I would be nuts if I never got to meet you. Crazy introduction, I guess but...hi, my name is Harry, and I’m so happy to meet you”.

And so, as they loved to tell me, (their little caboose), the story of how my parents met.
​ 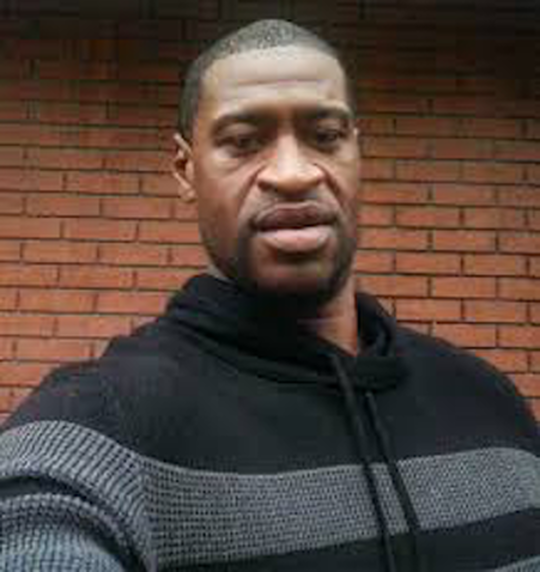 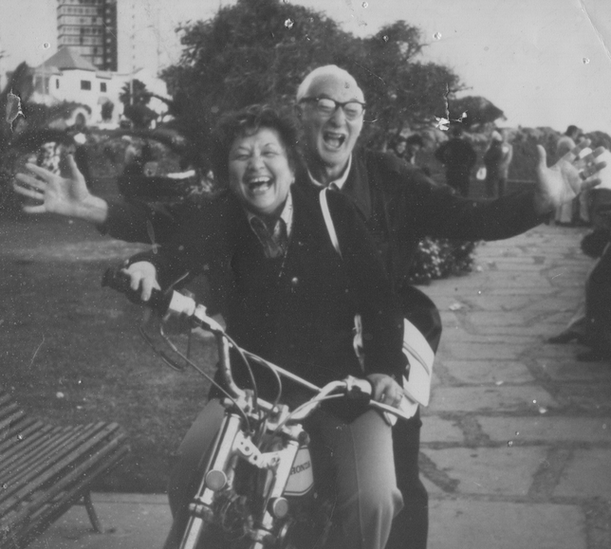 It was another after-hours, early evening, in the Autumn of 1969 at the Tonawanda Seneca Indian Reservation Community House, located near Akron, New York. I was the volunteer project coordinator (and Biology major senior) at State University of New York at Buffalo (SUNYAB), part of the Alternative Education Department. Per routine, I was, as always, the last one to leave the building. The program developed and directed academic tutoring, vocational counseling and recreational activities for Native Youth on the Reservation.

On this day, instead of taking the usual transportation, a SUNY-owned vehicle, I decided to ride my recently acquired 1946, 74-cubic-inch, 600-pound Harley Davidson Motorcycle, named HOG (thank you, Jeff Resnick!), rather than the State-owned vehicle. Such a difficult choice!
​ 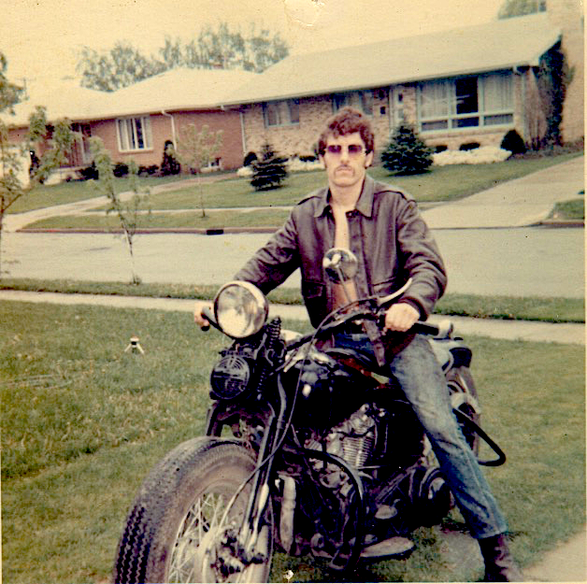 I hopped on HOG and within a few minutes came upon a long, winding left curve, one I’d taken many times without incident, but this time I was riding on two wheels, not four! In the distance, I spotted a rather large, dark and gnarly-looking DOG about 200-yards away. Or should I say, he spotted me! He was near a barn, 100-yards from the end of the curve. In an instant, he took off but, strangely, in the opposite direction from me. I thought to breathe a momentary sigh of relief. Not for long, though, as I realized my now horrifying predicament. He was running to where I was GOING TO BE! At the end of the curve where the road narrowed.

‘Ah, he’s done this before and had planned well,’ I thought to myself. Instead of retreating (the safe choice), I decided to GO FOR IT and see what HOG could do. I cranked the throttle and ran through the suicide hand-shift gears. Suicide, indeed! I quickly accelerated, lurched forward, and barreled ahead. And now DOG began his run at me as I tried to pass by. His feet skidded furiously on the asphalt as he tried to position himself right in the middle of the road next to me, rapidly biting the air, coming perilously close to my left leg. That gaping maw brushed up alongside my pant leg, spewing saliva out onto the pavement. I simultaneously turned HOG and myself away from those giant, bristling teeth. DOG forced me to slow down a bit and boxed me into the curb, where I almost LOST IT! I righted myself, had one trick left and jammed on HOG’s horn over and over, as I accelerated again, blaring out shrill, HIGH-pitched, powerful blasts that only an old Harley can make. At that moment DOG was DONE and loped off, a wounded warrior, wincing,  defeated. No harm done, just “counting coup” (as any honorable warrior would do). Saved by a “sound-bite!” All hail this reservation DOG!

By the way, I never drove that way again . . .
​
Click-A-Pic To Go There!
Legal Notice
​
The Online Creative Classroom for Memoir Writing
Content  ©  Jeff Resnick  2021
Production & Publication  ©  JeffResnick.com  2021
​All rights reserved.
No portion of this publication may be reproduced, stored in a retrieval system, or transmitted in any form
or by any means—electronic, mechanical, photocopy, recording, scanning, or other—except for brief quotations
​in critical reviews or articles, without the prior written permission of the publisher.