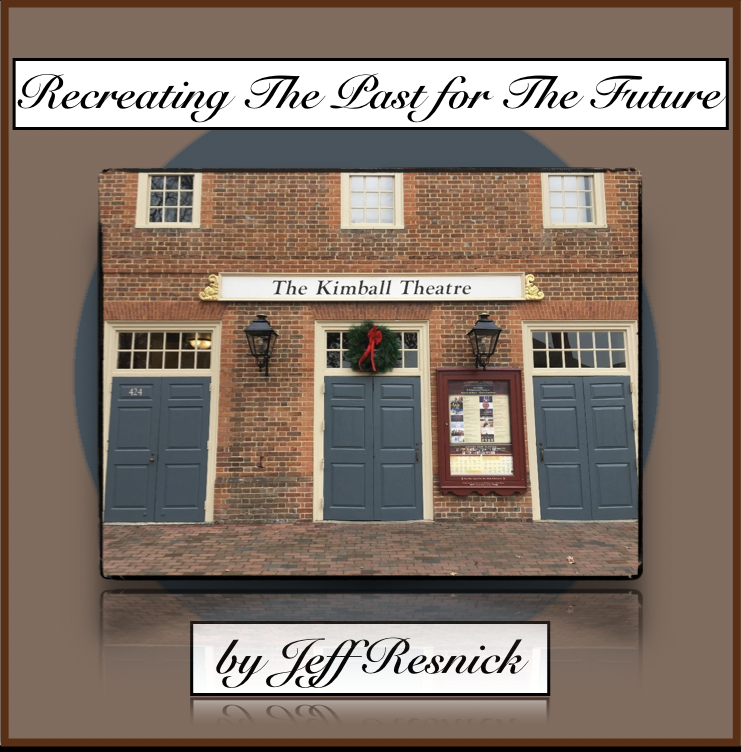 In May 2002, a daily stroll through Colonial Williamsburg became my regular exercise routine. There’s no more beautiful place to walk while you lose yourself in the history of our nation. Indeed, that sense of history is what attracted Cass and me to move to Williamsburg in the first place after leaving Rochester in 1997. On one such walk through world-famous Merchants Square, I was startled to notice that the dilapidated 1920-vintage Williamsburg movie theater was undergoing a multi-million dollar renovation under the auspices of the Colonial Williamsburg Foundation. Lo and behold, this turn of the 20th-Century movie house would soon be turned into a glorious 21st-Century concert hall. 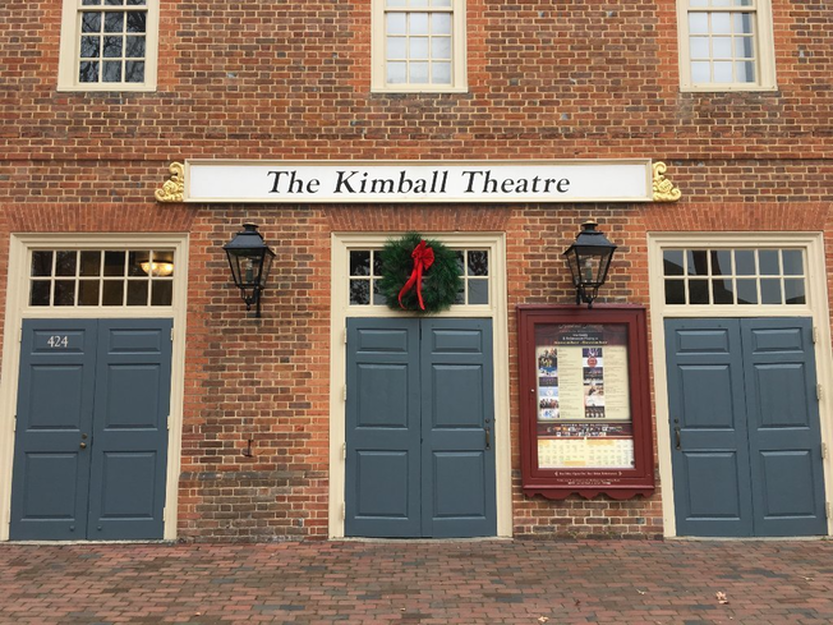 The new Kimball Theatre beckoned me to enter. A walk down the aisle convinced me I had to perform here. But how would I accomplish that? By chance, I had just recorded a CD of my original arrangements of some old Swing Era standards from the 1930’s - 1940’s. I searched out the Kimball’s Executive Director, introduced myself, and indicated my desire to play in this concert hall at least once. We had a meeting with the technical director and the theatre manager. They all loved the CD, and wondered how we could make this a historically relevant event to fit in with the theme of the colonial village. So, I created a one-man show, A Tribute to American Music, focusing on American music of historical significance: Jazz! Great American songwriters like Duke Ellington, George Gershwin, Cole Porter, Vernon Duke, and Harry Warren, to mention but a few. From the audience’s perspective, I knew it would be essential to craft a show that would hold their attention, not only with the music, but also by vocalizing little vignettes of the history of the times and the players, demonstrating how the music was indeed a reflection of our ever-changing society. The end result was a one-hour show, which I rehearsed tirelessly in preparation for our first test performance before an audience. A sign was placed outside the theater on Sunday morning to announce my premier show at 3 PM.

I arrived at the theater at one o’clock to set up and sound-check my stage equipment. The theatre opened at 2:45, and not a minute before! As I sat behind stage hidden from view by the theater’s massive curtains, awaiting the 3 o’clock stage announcement of my show, I could only wonder how many people would attend. I didn’t dare peek out into the 400-seat hall to gauge my audience. Optimist that I am, I expected to fill the place, envisioning a Standing Room Only crowd delivering the obligatory standing ovation at the conclusion of my first performance, with flowers (and perhaps assorted ladies’ garments) flying onto stage from all directions. It was deathly quiet back there, but every little sound I heard convinced me that a sell-out was inevitable. Tick-tock, tick-tock, the clock followed its own unstoppable path, until the MC woke me from my mantra of mental preparation. I stood, instrument in hand, waiting for the curtains to open, introducing me to the world of colonial audiences. I stepped forward, looking out into the large hall, blinded by the bright spot lights shining down from the balcony, feeling that sense of excitement that all performers experience at show time, mental preparations having been concluded satisfactorily.

And there, in the second last row, was my audience. One couple, husband and wife, sitting ever so patiently and uncomfortably, wondering if they would indeed be the only attendees at this premier performance. My mind froze. Visions of SRO crowds and standing ovations turned quickly to thoughts of ‘what should I do now?’ Thankfully, the creative mind reacts instantly, and the very practice of Musical Improvisation over the years trains us to “make it up as you go.” No question, my planned show would have to be sacrificed to the gods of performance in favor of a more down-to-earth approach!

“Welcome,” I announced with echoing voice. “It would appear that you are destined to be my opening show audience, and I thank you for coming. I’m sure you’re feeling a bit uncomfortable, sitting all alone out there, but I came here to perform today, and you came here to hear a concert, so if you’re game, so am I! Shall we continue?”

They smiled, and echoed back, “You bet!”

“Okay, then, let me begin by inviting you to move forward through the crowded aisles and take your seats here in the center of this glorious hall. You’ve probably heard Tina Turner sing about being ‘your private dancer.’ Today, I’ll be your private musician!”

To my delight, after the first song, Vernon Duke’s I Can’t Get Started, they not only applauded, but started asking questions about the instrument I was playing. They were fascinated by the EWI (Electronic Wind Instrument), and insisted I tell them all about it, since they couldn’t understand how one musical instrument, with the mere touch of a button, could sound like every instrument in the orchestra. At that moment, I effortlessly morphed into ‘Teacher’ mode once again! Over the course of the next hour, I took them not only on a journey through American Jazz, but on an introductory tour of modern Music Technology. In my mind, I realized that my sculpted show would by necessity change into something quite different. 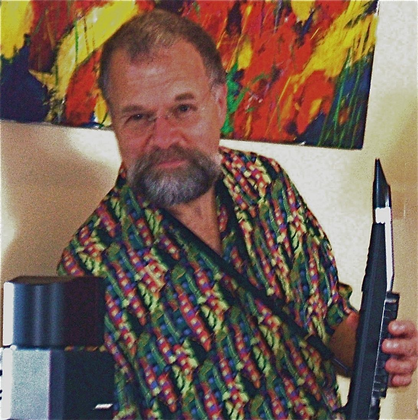 ​Yes, they stayed the whole hour, and yes, they delivered the expected standing ovation, (but without tossing any ladies' garments), at which point I decided without thinking about it in advance to introduce them to the players in my band. Players in my band? Wait a minute . . . there weren’t any! Through the magic of technology, I was indeed a one-man-band. So, I turned to my left, gestured to the empty space beside me, and introduced my unseen and invisible musical cohort.

“Please, give a warm round of applause to my Tenor Saxophonist . . . Woody Reed,” I deadpanned.

​‘Okay, where did that come from?’ I wondered. My kids have grown up rolling their eyes at my cornball humor. I just couldn’t help myself. But my audience of two got it. And they laughed with vigor. And I knew that humor would play an important role in my redesigned show, the end result of my premier performance at the Kimball Theatre on Merchants Square in Colonial Williamsburg.
​©  Jeff Resnick  2018
All Rights Reserved
CLICK HERE to finish this story