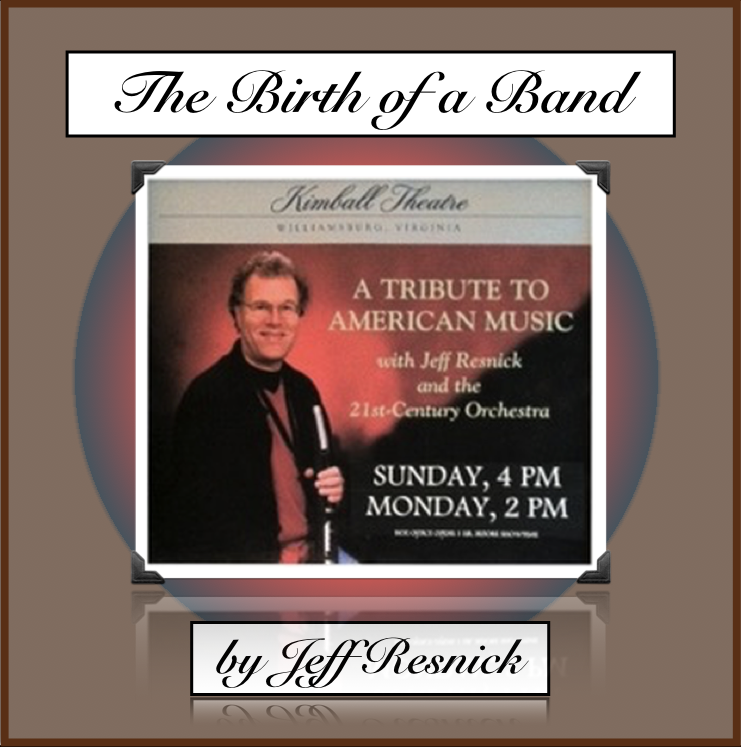 Despite the Premier Performance audience of two, the Executive Director and her crew loved the show. To their credit, they realized we might be onto something unique, and we decided to continue our weekly performance for at least one month before evaluating whether it would become a regular feature at the theater for the enjoyment of the many tourists from around the world visiting Colonial Williamsburg. During that next week, I rewrote the entire show, drawing upon the experiences of opening day. The theater staff busily prepared press releases and marquis posters, announcing the weekly presentation of A Tribute to American Music at the new Kimball Theatre for the month of June. Our second show went from an audience of two to an audience of 22. By the end of the month, we were attracting 72, then 92, onward and upward. But something very funny and unexpected was happening between audience and performer.

At the conclusion of week number three’s performance, I introduced Woody Reed to the audience as had become habit. No sooner did the laughter die down than a woman in the back of the theater shouted out, “And who is your trumpet player, Jeff?”

“Harry James River!” She yelled for all to hear. (Readers note: If you don’t already know, Williamsburg is situated on the James River. And Harry James was a favorite trumpeter from the Big Band Swing Era.)

We all enjoyed a good laugh. And I knew that a band was about to be born! Throughout all shows from that day on, I began introducing the players in the band, one at a time, spaced out through the one-hour performance.

“On piano, with us from the heart of Jamaica, please welcome Mr. Ivory Keyes!”

“Please welcome my bassist of many years, a hefty six-foot-six and 350 pounds, he of bald pate, Mr. Armstrong Fingers!”

“On clarinet, please welcome the only lady in our band, the lovely Ms. Bonnie Goodman!”

​Yes, I know! Corny begat cornier, which begat corniest. But you know what? It worked. Every show became a contest of Name That Musician, and word spread that good times awaited at the next performance of A Tribute to American Music in the new Kimball Theatre on Merchants Square in Colonial Williamsburg. Our little once-a-week Sunday experiment turned into performances every Sunday and Monday to the delight of the tourists who came to see and hear what all the hoopla was about. 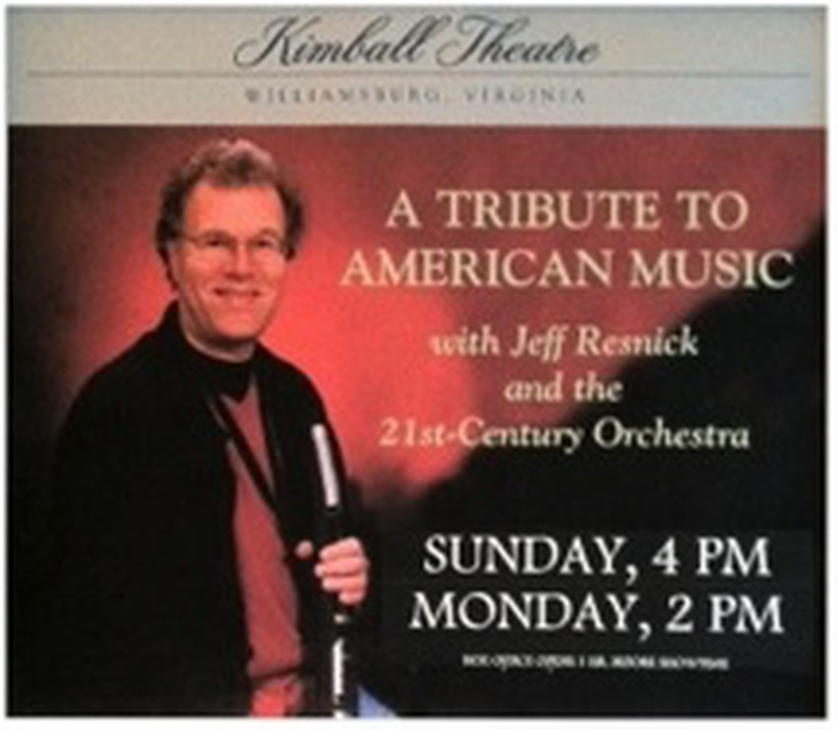 Another strange thing happened. At the conclusion of each performance, I invited interested audience members to gather at stage front if they’d like to learn more about my 21st Century Orchestra. To my pleasant surprise, every show ended with a rather pleasant schmooz session on stage. Many grandparents in the audiences even brought their grandkids to the show to learn about the computer technology dictating the direction of modern music. It wasn’t long before every show was attracting hundreds of guests, which prompted the theatre director to add a third show every week. We even began selling my CD’s at the concession stand in the lobby. By then, my one CD had turned into ten.

Best of all, the new, state-of-the-art digital stereo sound system in the theatre was beyond top notch. Imagine, a one man orchestra filling the hall, sounding like a fully instrumented Big Band! But all good things eventually come to an end. The severe downturn in tourism in Williamsburg following the recession, coupled with increasing political pressures within the foundation, resulted in Martha Washington taking over the stage, leaving Woody Reed and his band mates to seek other outlets! As we all know, though, sometimes when one door closes another opens. All you have to do is walk through it. In the years to follow, I found myself performing A Tribute to American Music throughout the mid-Atlantic states at a variety of venues, from Corporate Events to Weddings; Coffee Houses to Concert Halls; High Schools to Colleges; Arts Festivals to Convention Centers; and, Senior Communities to Nursing Homes. ‘It just shows to go ya’ that you never know what’s going to happen until you recreate the past for the future birth of a band!

​Cass and I left Williamsburg in 2013, as I officially entered the ranks of the retired. Sadly, we just learned that the glorious Kimball Theatre closed its doors to the public. Apparently, they’re trying to figure out how to fill its seats once again. Not for me to say, but perhaps they might wish to recreate the past for the future? It worked for me…
​©  Jeff Resnick  2018
All Rights Reserved