​
Step One: Watch The Video
​
​Step Two: Read the Stories! 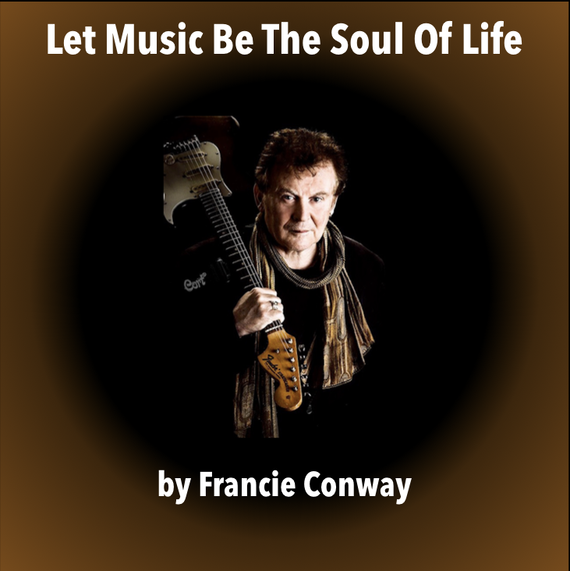 Growing up in the west of Ireland was a long way from the world of rock music, even though my parents had the first bar to feature live music in Tralee. The music played was traditional Irish, folk and pop music of the ‘60s. Not like today, it was difficult to source music and one time I had to get a train to Cork city to buy a John Mayall album. The round trip was approximately five hours, but worth every second. When CBS Records released the compilation album 'Fill Your Head With Rock', it opened up a whole new exciting world and introduced me to the British band Argent with the song 'Hold Your Head Up'. Little did I realize at the time that through a chance encounter, Chris White (The Zombies) who wrote the song would become one of my best friends and we would have a lifelong musical association. Chris introduced me to RCA Records in London and our first recordings were with members of Argent: Russ Ballard, John Verity, Jim Rodford, Bob Henrit, and Tim Renwick, who later went on to record a classic album with Pink Floyd.
​ 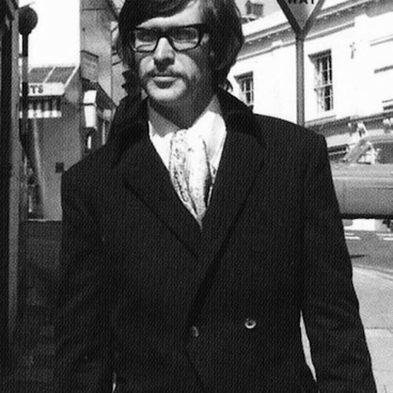 Chris White
​
They say ‘’you should never meet your heroes'' but I guess I was blessed to play with mine: Argent, The Fureys, Jan Akkerman from Focus, Ronnie Drew from The Dubliners, and David Richards, producer of David Bowie and Queen. The music of Queen was played a lot in our house and my youngest son Rory fell in love with the song ‘We Will Rock You’. He drove everyone mad by playing it fifteen to twenty times a day, not bad for a two-year-old. Sadly,  my son contracted meningitis before his third birthday and had eight brain operations. We constantly played familiar music at Rory’s bedside, as they say people in a coma know what goes on around them. Weeks went into months, so you can imagine our incredible delight when one day I put on ‘We Will Rock You’ in the hospital and Rory’s face lit up. We had made contact.
​ 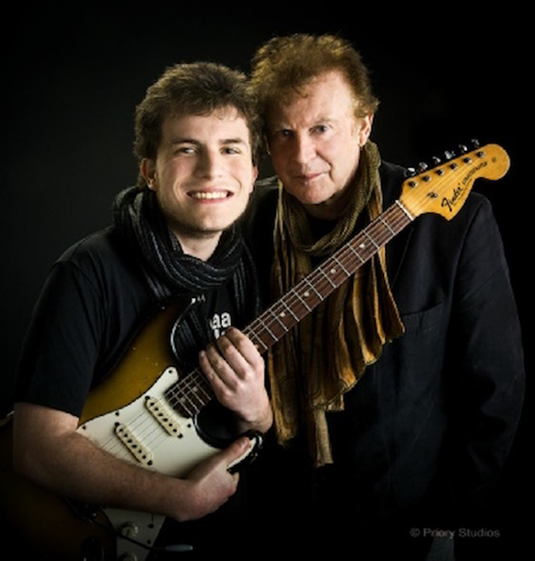 Rory & Francie
​
Our little boy survived and is now a very special young man. Rory will never live independently but has a great quality of life and brightens up every room and company he enters. The following summer of ’99, Dom Torche from Relief Studio, Switzerland, invited our family over for a holiday. The day we were leaving Dublin for our flight to Geneva, we cut flowers from our garden to place at the statue of Freddy Mercury in Montreux, the home of Mountain Studio, Queen and David Richards, our way to say thank you.
​ 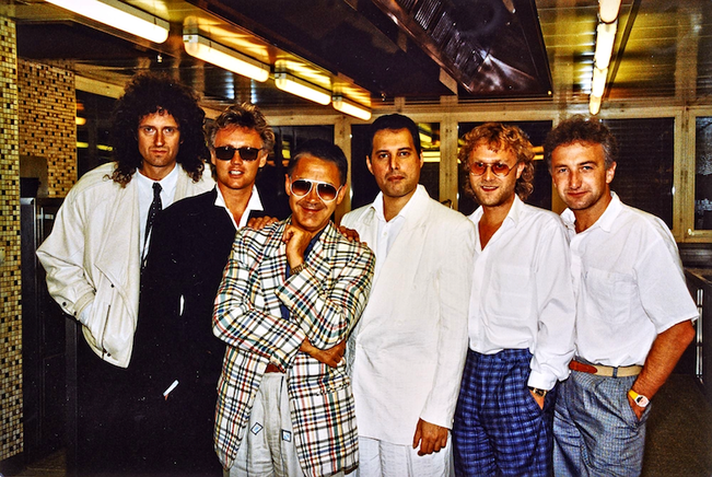 Brian May, Rodger Taylor, Claude Nobs (Funky Claude), Freddie Mercury, David Richards, John Deacon
​
In 2009 I received a random phone call from David Richards asking “Got any unfinished songs mate, come out to Montreux and let’s see what will happen.” Who would turn down an offer like that to go to Mountain Studio? We wrote and recorded together for the following few years and I was joined by my son Rory for a few of the recording sessions. How incredible it was to see Rory sitting at the recording desk with David in his total comfort zone, a long way from the hospital in Dublin. David often spoke about how difficult it was to finish the Queen album ‘Made In Heaven’ after Freddie passed away. Little did I ever imagine that I would be in the same heartbroken situation as David sadly passed away in December, 2013. One of the songs we recorded together was ‘Smoke On The Water’, a tribute to Montreux and Claude Nobs (Funky Claude) founder of the Montreux Jazz Festival.
​ 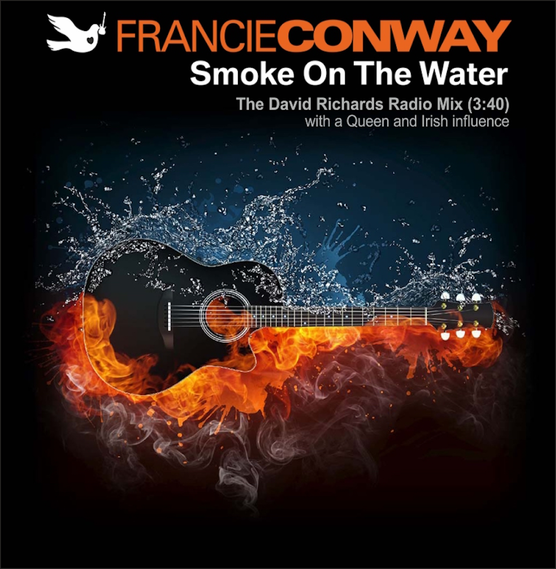 Our music files are now in Tempo Studio, Dublin, with Matt Kelleghan of Moving Hearts, and to finish the album I am also joined by Vivienne Boucherat, Chris White, and John Verity. Our aim is to share the gift of Peace, Love, and Rock’n’Roll in David’s memory.
​ 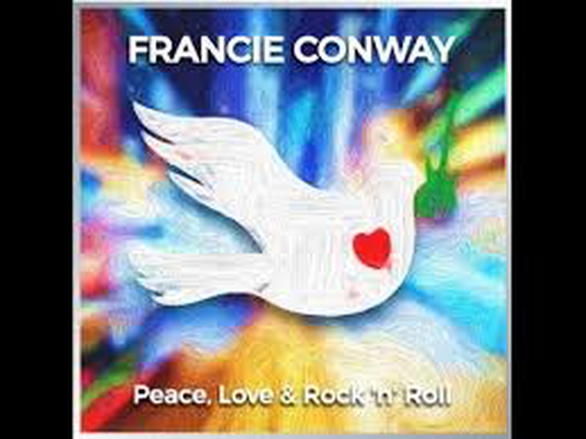 Editor’s Note: Shortly before the final deadline for publication of this story, I received an email update from Francie. Check out this wonderful news!
​ 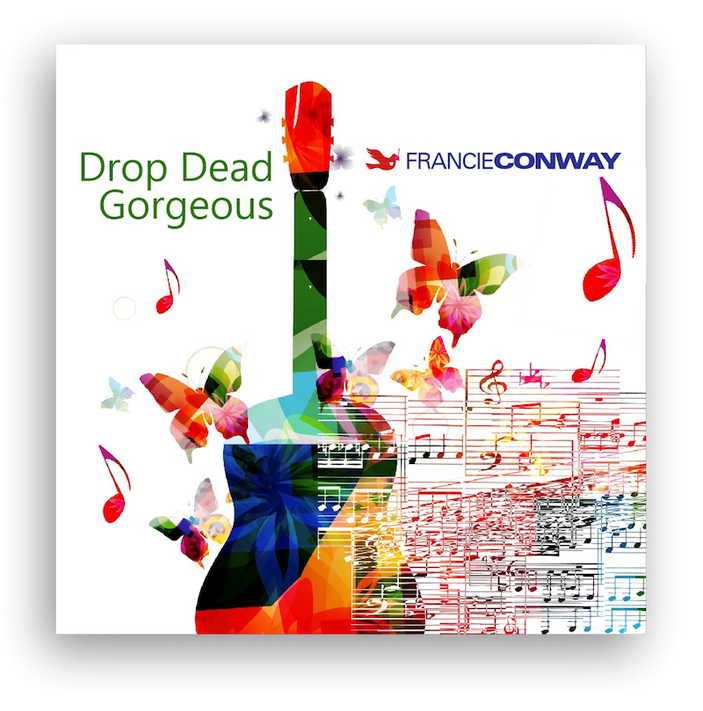 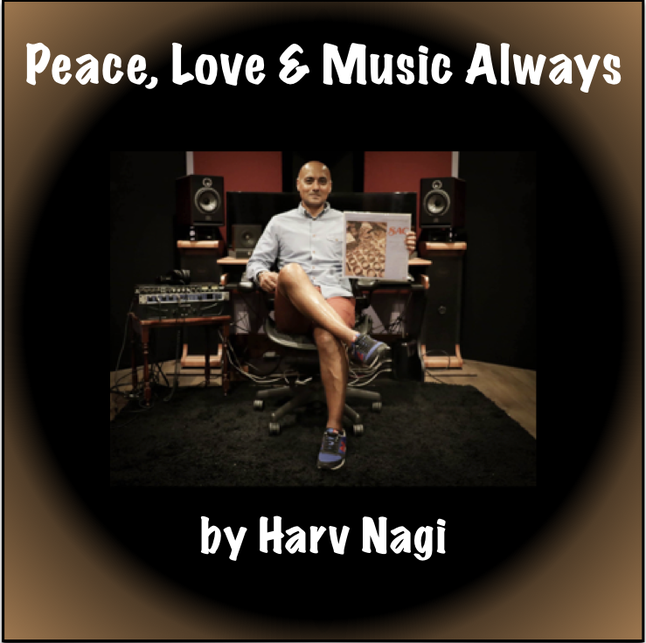 So one day we were playing on the beach, swimming everyday, eating the most incredible food, enjoying an amazing idyllic childhood. One great big beach holiday! And the next thing we were at Heathrow airport on a chilly early Saturday morning in the UK. I remember I was holding my Mum’s hand and thinking, ‘What are we doing here Mum?’ It’s cold, and there are so many people here, and there's no jungle! Its all concrete!
​
You see my Father emigrated from India to Tanzania in his early twenties with his younger brother seeking a new life, new opportunities. His Father was already in Tanga so it was a little easier for him. The trip in those days was hazardous, to say the least. The journey was by sea and the ‘Ships' were a little dubious, as some of them didn't quite make it to their final destination. My lovely dear Mother stayed behind with my elder brother whilst he made preparations for their arrival. A few years down the line, My Sister Rani arrived followed by someone named Harvinder, the wildest, naughtiest child in Africa! ‘Mowgli’ would have been a pretty good description.

My musical journey began at a very early age. We used to have tickets booked at the local cinema every Saturday evening where they showed all the latest Bollywood films. These were three hours long with the most amazing musical scores you could imagine. You could hear everything from the traditional Indian Bollywood tunes to some of the most incredible Jazzy, Funky tunes with elements of Latin, Brazilian, and Afro themed music packed into those three hours. This is where my musical journey of inspiration started.

As I grew into my teens, my interest in collecting music began, so I used to frequent many of the famous and not-so-famous shops that you could find in London in the late 1970's , 1980's, and 1990's. It was in the late 1980's that I discovered Honest Jons Records on the famous Portobello Road in Ladbroke Grove. One day, the owner Mark asked if i would like to work there on the weekends and of course I said ‘yes!’ I used to be in there so much I think he thought he might as well offer me a job as I kind of knew my stuff, musically speaking.
​
To cut a long story short, this is where I came across this incredible record which had a picture of a man creating some pottery and, on the other side, a beautiful young lady doing something artistic that I didn't really understand! Anyway, I put the needle on the record and POW! INCREDIBLE! Tune after tune, Mesmerizing, Energizing, Hypnotic in some cases, composed, arranged and produced by someone named Jeff Resnick, whom I had never come across in my record collecting days.
​ 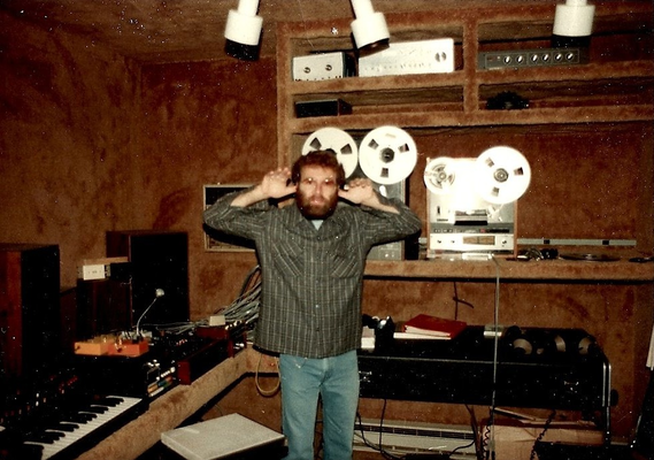 Anyway, there went my week’s wages! Money well-spent for some amazing music! Thank You, Honest Jons Records. This record now is a Holy Grail record amongst the vinyl collectors across the world.
​
Fast forward many, many years later and ‘Mowgli’ has now decided finally to set up his very own record label called Outernational Sounds. I had already been a DJ, Record Producer, Vinyl Collector, and Radio Show Host for many years. My first release was an Indo Jazz album from the 1960's called Raga Jazz Style By Shankar Jaikishan.
​ 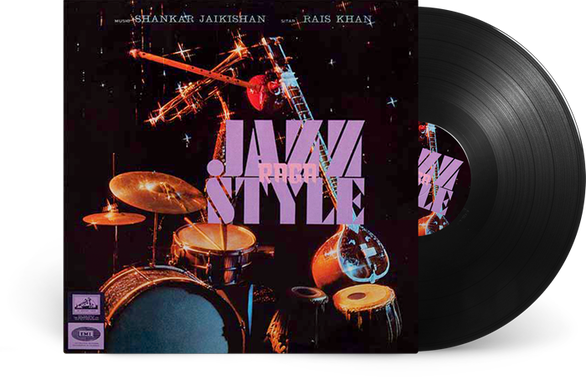 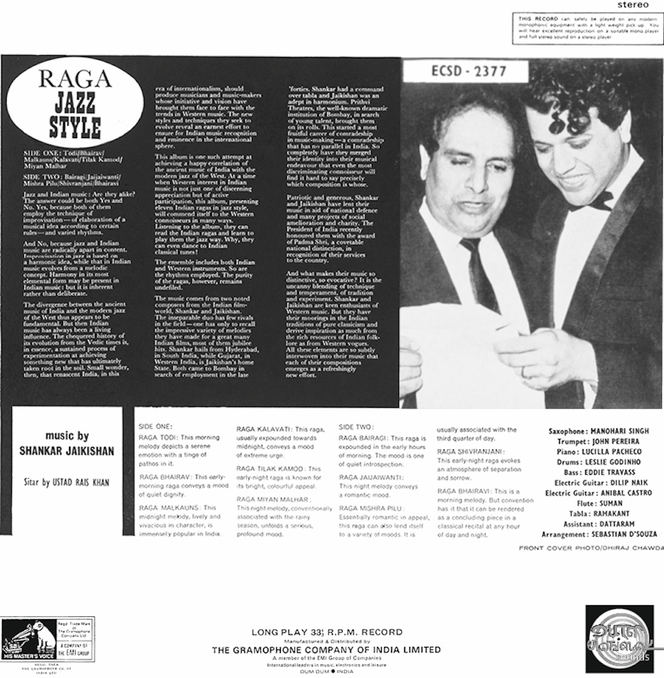 I have always said to myself that if I ever got a chance to reissue Jeff Resnick's SAC, School For American Craftsmen, I would jump at the chance. I managed to track Jeff down and lo and behold a wish, a dream came true. Thank You, Jeff, for this amazing piece of work. The Concept, The Titles, The Incredible Story of how it just all came together, and last but not least, the Music itself. Just Incredible! I would like to think Jeff and I have made a connection, although we have only spoken on the telephone, but I was lucky enough to get some Positive vibes from Jeff. I won't spoil the surprise by telling you too much about the individual tracks. It’s impossible to do,  as every time I listen to this album It takes me on a different journey. Go forth and discover what’s in store. Recorded from original masters on heavy duty 180-gram vinyl only, with everything reproduced as close as possible to the original release. Come with an open mind!
​ 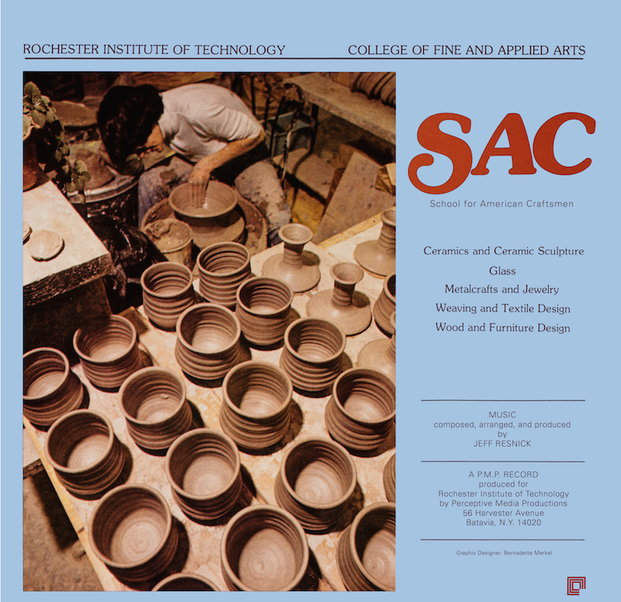 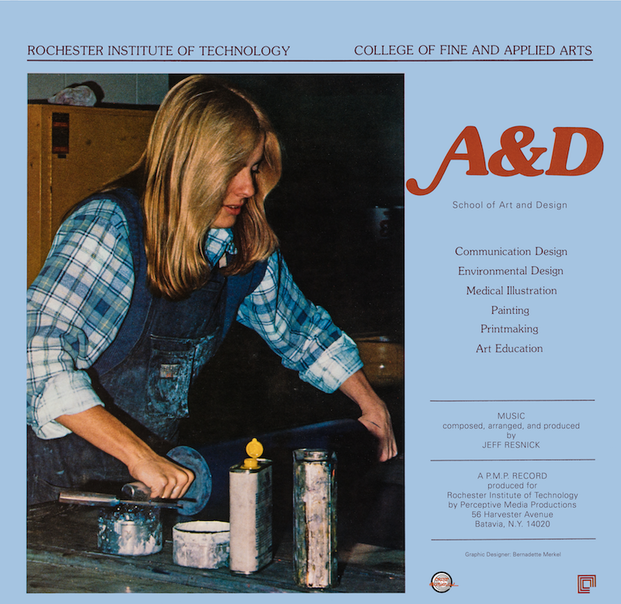 ​Now available on Outernational Sounds with Jeff's blessings! Exclusive Worldwide Distribution by Honest Jons Records.
Thank You,
Peace, Love, & Music Always!
Harv Nagi
Click-A-Pic To Go There!
​Legal Notice
​
The Online Creative Classroom for Memoir Writing
Content  ©  Jeff Resnick  2021
Production & Publication  ©  JeffResnick.com  2021
​All rights reserved.
No portion of this publication may be reproduced, stored in a retrieval system, or transmitted in any form
or by any means—electronic, mechanical, photocopy, recording, scanning, or other—except for brief quotations
​in critical reviews or articles, without the prior written permission of the publisher.