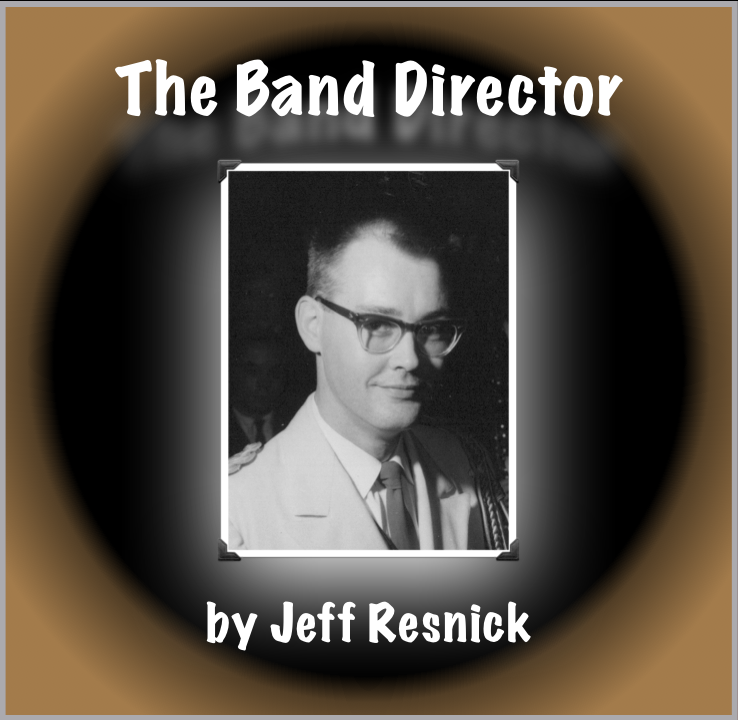 Some of us are lucky enough to be able to remember one teacher who made a difference in our lives. Mr. Howe, first name Robert, was the band director at Monroe High School in Rochester, New York. 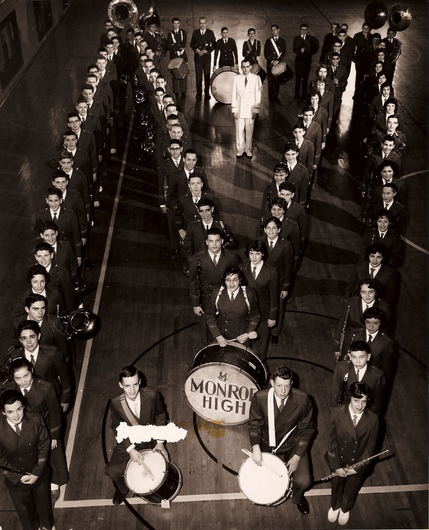 By the time I entered Monroe as an eighth grader (that was different then, too), my Dad had already bought me a Musicians Union card. You see, I was playing professionally (for money) in society bands, the other musicians being no less than 60-years-old, and some older still. Ancient, in my eyes. Youthful, in my ears. Frankly, I couldn’t have had better teachers. I was playing every Friday and Saturday night, earning enough money to buy a real professional trumpet. Thinking back, $50 pay for a four-hour gig was a big hunk of change in 1960, even for the pros in town. I didn’t know how good I had it!

Monroe High was truly progressive in those days, particularly in the Arts. Incoming music students were invited to attend the high school band’s school assembly program, months before they actually started eighth grade. I’ll never forget that May afternoon. I sat in the balcony among the other young instrumental prospects eager to hear the first high school band concert I had ever attended. It wasn’t until the featured soloist took the stage that I envisioned the road I was destined to travel. A graduating senior, Lee walked onto the large stage with trumpet in hand, appearing not the least bit nervous as he waited for the audience to quiet down and for conductor Howe to raise the baton. According to the printed program, Soliloquy for Trumpet was composed as a showcase for trumpet players, a fact I would realize moments later when Lee put trumpet to lips and began his cadenza. As I listened, mesmerized by his musical artistry, I could only picture my own performance on that stage five years hence. I saw it. I heard it. My eyes welled with tears with the realization that here was a trumpet player who had far surpassed my own considerable abilities. In that first of many small-fish-in-a-big-pond moments to come over the years, I understood I had a long way to go to match Lee, and I set my mind to the task. I vowed to be the one on that same stage when my time came.

I had spent the summer playing regularly with my elder teachers, honing my skills in preparation. My “chops” couldn’t have been better. During the first week of school in September, this freshman entered the band room ready for Mr. Howe’s audition. And what do you think was the audition piece that every trumpet player was asked to sight-read? Of course. Soliloquy for Trumpet. My mind took over, imagining myself on the very stage that I remembered from Lee’s performance the previous May. I closed my eyes, oblivious to the printed music, as the notes poured forth from memory of emotions felt. In my inner eyes, I saw Lee. In my inner ears, I heard my own trumpet. When I finished the piece, I opened my eyes to see Mr. Howe staring at me, virtually expressionless for what seemed like hours, offering no clue to the result of my audition. He said only two words as he looked down and scribbled hastily upon his note pad: “Thank you.” And that was the end of my audition. I don’t remember stumbling out of the room, walking home, eating dinner, or going to bed that night. The next week, the audition results were posted. For only the second time ever at Monroe High School, an eighth grader had been selected as First Chair Trumpet in both the high school band and the high school orchestra.

The weeks and months that followed are all but erased from memory, as happens in the aging process. We seem to remember only key moments in our lives. But I do recall Mr. Howe inviting me to play my first solo during the Spring Concert of my eighth grade year. I performed the classic Jazz standard, Body & Soul. At the conclusion of the concert, Mr. Howe threw his arms around me, patting my back with gusto. Then, stepping back, his straightened arms on my shoulders, his watery eyes looking straight into mine, he said, “I knew you were talented, young man, but I never knew how much! That was an incredible performance!” I was in a daze, and could only mimic the two words he had said to me months earlier after my audition: “Thank You.”
​
The next five years would fly by, captured in memory by Kodak moments of concerts rehearsed and performed, Memorial Day parades marched in sweltering heat or icy rain, half-time shows delivered despite the snow, buses missed, band pictures taken, year books signed, and the dedication of an overworked and under-appreciated band director. Through it all, what sticks with me is how Mr. Howe managed to challenge me without telling me he was doing so; how he valued my talents by respecting me as a young student needing to grow; how he trusted me to practice my parts and deliver excellent performances without ever needing to warn me of negative consequences; how he shook his head in disbelief after I arranged my first “chart” for the stage band. It was Tequila! And how, despite innumerable reasons to do so, he never raised his voice in anger towards me. Not even when I was the only male not wearing a blazer! 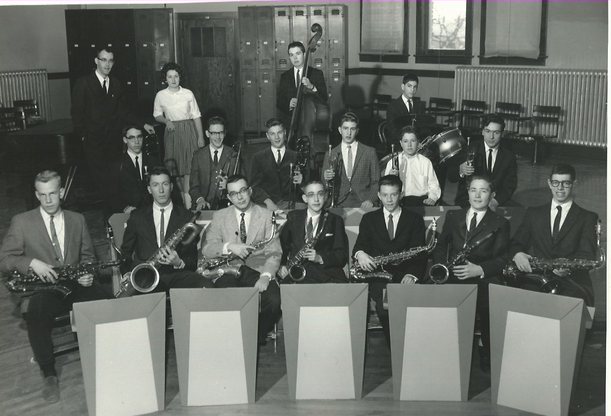 Yes, five years later I was the soloist on stage performing Soliloquy for Trumpet. There I stood, awaiting Mr. Howe’s raised baton, looking up into the balcony, knowing there was a group of incoming eighth graders sitting in eager anticipation as I had done five years earlier. I couldn’t help but feel an overriding sense of responsibility to deliver a topnotch solo performance, wondering if there was a young trumpet player who would be as mesmerized by my performance of Soliloquy for Trumpet as I had been by Lee’s. And I have no doubt that Lee had experienced that same sense of responsibility five years earlier. 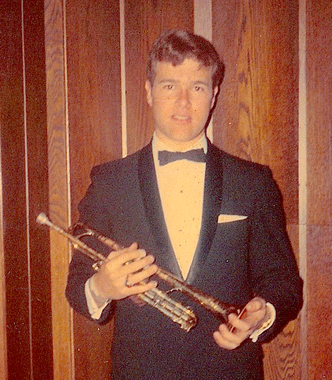 After high school graduation in 1965, I never saw Mr. Howe again. He had given me so much, and taken so little in return. But 44 years later, I felt compelled to search him out, on Google. I found him in Florida, and sent him a copy of the first chapter of the new book I was writing, Born2Teach, to tell him how important he was to me. And, to say, “Thank you.” Imagine my surprise when I received this written response only days later.
August 7, 2009
What a beautiful surprise birthday present I received from you today, Jeff. A real tear jerker for a 79-year-old man. I remember you way back in Monroe High School, that little guy with a very big trumpet! Those were the days. You were very fortunate to have had a wonderful education at Monroe. Those years, we stressed excellence in all of the studies. And look what that produced! Jeff Resnick, Professor. I’m so proud of your accomplishments. You’re able to write so beautifully. And I hope you still have the chops. I'm sending some pictures by mail you may find interesting. If you’re ever nearby, I'd love to see you again.  Good luck on the new book.
Love,
Bob
Bob and I communicated via eMail for several years, catching up on life. Then, one day, I received an eMail from his wife, telling me that Bob had passed away aboard a cruise ship while celebrating what turned out to be their final anniversary together. I took great comfort knowing that I had searched for Bob; that I had found him; and, that I had expressed how much I valued him as an important person in my life.
©  Jeff Resnick  2018
All Rights Reserved
CLICK HERE for more stories like this one!