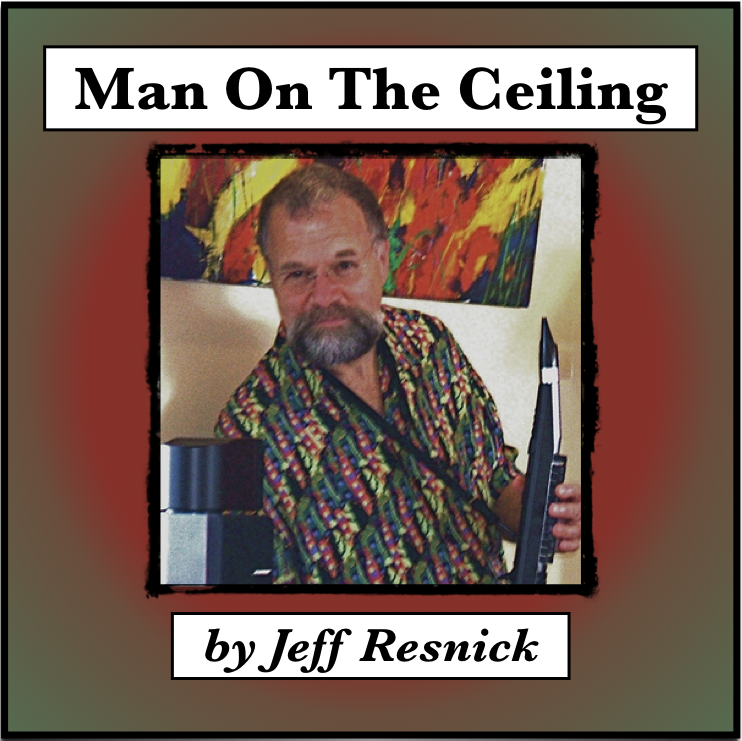 We’ve all seen him before. In movies, perhaps. Or in our nightmares. On this day, I was performing at a rather large facility, literally on an auditorium stage in front of a few hundred residents. As was customary, they were already seated long before I arrived. Waiting for the promised rare treat of live musical entertainment to begin. When I signaled my readiness, a nurse scurried up to me, asking if one of the residents might be allowed to sit behind me on-stage.

“Sure,” I agreed, looking forward to the company on the lonely platform. 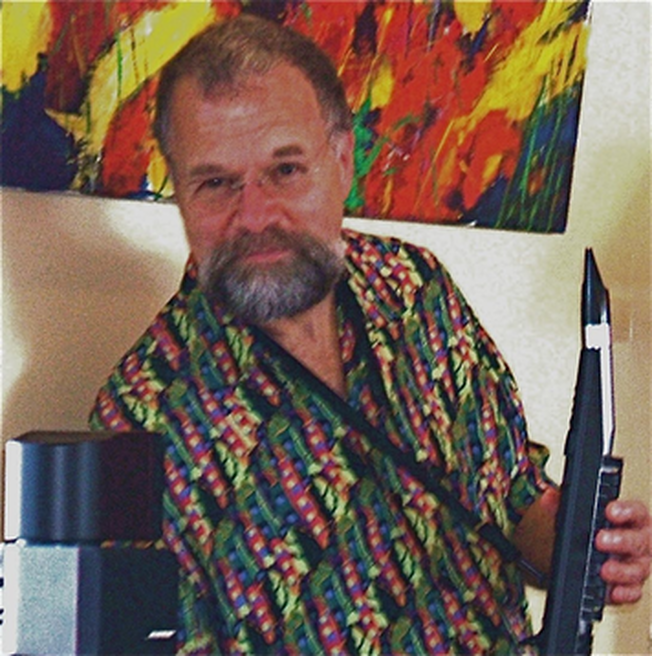 She smiled and retreated behind the curtain to gather the Man on the Ceiling. And I immediately recognized him from our inevitable nightmares about senility. He was old. Very old. Loose strands of white hair hanging from a blistered head. Sucking incessantly on toothless gums. Dressed, so to speak, in a backless gown. No sense of modesty here. Old leather slippers on his feet. Sitting in a wheel chair. Looking up. Staring at the ceiling. Eyes drifting left, then right, then left again. Staring. At the ceiling. The nurse placed his wheel chair behind me, off to the side, near one of the speakers that would deliver the sound of my music.

“Don’t worry, he won’t bother you,” she said. “He’s not only blind, but nearly deaf, too. Maybe parking him here will at least allow him to hear you.”

I looked back at him. Staring at the ceiling. Sucking on his gums. Eyes shifting. Searching. For what, I could only wonder. Following my usual pattern, I began with verbal descriptions of who I was, why I was here, and what I would be performing. The audience was very attentive, as they always are. Once or twice, in between songs as they applauded, I stole a backward glance at the Man on the Ceiling. Still sucking his gums. Looking at the ceiling. Eyes shifting. Searching. Midway through the performance, I announced my next selection.

“And now, with your permission, I’d like to play a song I’m sure you’ll remember well.  Tenderly. A lovely melody written so many years ago by that popular Chicago bandleader and pianist, Walter Gross.

Applause. Before a note had even been played. Already remembering a song they knew so well. I closed my eyes, as I so often do, allowing my feelings to flow from my unburdened mind. And as Tenderly continued its journey through time and space, I experienced the deepest sense that something extraordinary was happening, unseen to me. I opened my eyes in mid-song. I focused on the nurse standing in the back of the auditorium. Tears flowing down her cheeks. Fingers steepled to her mouth. Body shaking. Staring at the Man on the Ceiling. Others had noticed, too, now standing to watch, many shaking their heads in disbelief. Following their eyes, I turned to look back at the Man on the Ceiling. Looking up. Eyes shifting. Searching. Lips moving. Startled, I stopped playing. You could have heard a pin drop. Silence. As if a giant vacuum had sucked all sound from the hall. Save the gentle sound of the Man on the Ceiling. Singing. Tenderly. Word for word. Alone in his mind. Unburdened by reality. Reveling in the “Gentle Rekindling of Emotions so Long Ago Experienced and so Deeply Enjoyed.”

At the conclusion of the performance, as all the guests were led back to their rooms, the nurse approached the stage to gather the Man on the Ceiling from his spot behind me.

“In all the years I’ve been here,” she whispered, “he’s never spoken before. Never. This is truly a gift. One that you’ve shared with him. And with us.”

I looked at him. Sitting there. Words now spent. Sucking on his gums. Staring at the ceiling. Eyes shifting. Left. Then right. Then left again. Searching, searching.

​For whom?
​©  Jeff Resnick  2018
All Rights Reserved
CLICK HERE for more information