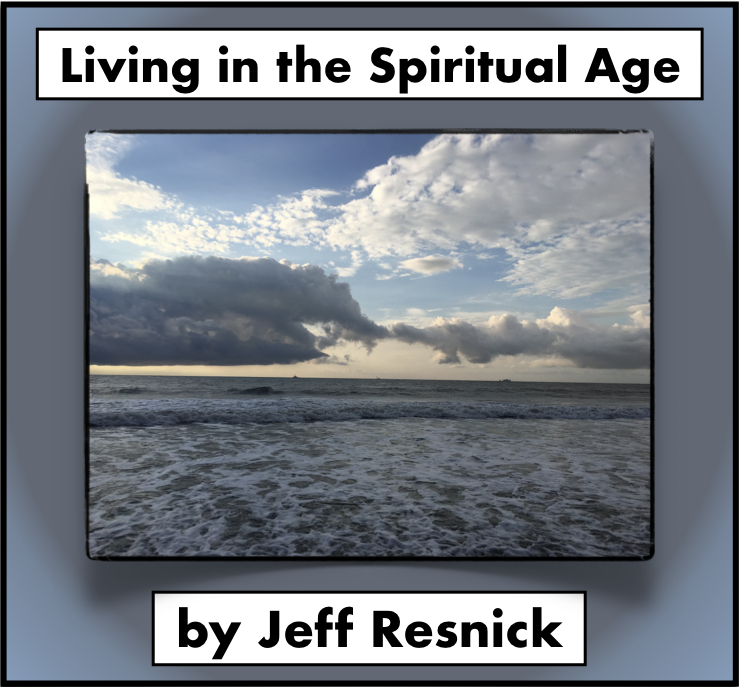 Living in the fourth quarter of Life, I have come to revel in a spiritualism that I never experienced in Life’s earlier quarters. Understand, I’m not talking about religion. Spiritualism is a far broader system of beliefs in the cosmic complexity of the universe. It definitely gets stronger with each passing year. At least, it does for me. As usual, my writing best displays my growing spiritualism. My biggest screenwriting project to date has been writing a TV Pilot which is still waiting for a network! I describe it as ‘Spirituality without Religion. Past, Present, and Future are of no importance.’ The story carefully and compassionately addresses a question all people ask themselves in the privacy of their minds: ‘Is communication with the spiritual essence of those no longer physically alive not only possible, but achievable?’

Pretty deep, right? As with most screenplays for television, there is a Teaser meant to entice you to stay tuned for what’s about to follow. The Old Storyteller begins the saga with these words: “All things happen for a reason. Yet I alone know the reason for this thing. For I was there... At the very beginning... In another time... A different place... Indeed, I was the first to harness the mystical power of The Curse. But this is not my story, after all. It is best told by a young man in your time... And your place... In his own voice. But consider yourself warned. The content of this program may not be appropriate for all viewers, and discretion is advised!”

The TV Pilot introduces a storytelling genre called Mystical Realism. Perhaps you’ve heard of Magical Realism? According to WikiPedia, “Magical Realism is literature, painting, and film that, while encompassing a range of subtly different concepts, share in common an acceptance of magic in the rational world.”  For me, the word ‘magic’ didn’t go far enough. Or close enough to the essence of what I saw in my mind’s eye, and heard in my mind’s ear. Thus the word ‘mystical’ was my choice to replace ‘magical.’ A subtle but essential change in meaning. Again, according to WikiPedia, “In philosophy, mystical realism is a view concerning the nature of the divine. The philosophical use of the term originated with a Russian philosopher. It has two components: a metaphysical and an epistemological. The metaphysical component rests on a distinction between the concepts ‘real’ and ‘exist.’ Something exists if it occupies space, has matter, is in time, and is affected by causation. Mystical realism holds that divine entities are not accurately described in terms of space, matter, time, or causation, and so they, despite being real by the philosophy, do not exist.”

How does all this soul searching find meaning in our daily lives? Ovarian cancer claimed my sister at age 59. As a registered operating room nurse for many years, she knew what lay ahead when she was diagnosed and endured surgery and chemotherapy. A momentary respite after surgery and treatment merely raised false hopes of recovery. But the cancer returned with a vengeance. Lois fought the good fight for as long as she could. Finally, always the rebel, she had the courage to choose a path that some, including our parents, would label as immoral. Today, 13 years later, that path is legal in several states, with more to come. You see, she chose her day to leave this earth and end her suffering. I’ll never forget that day. Cass and I were sitting at our kitchen table eating a late dinner in Virginia, 2,500 miles away from my sister in Arizona. As was our custom, we ate by candlelight. All at once, we both noticed the candle flame flickering, as if a breeze had blown through an open window. Yet no window was open. We looked at each other, sensing something surreal had just occurred. Thirty seconds later, our phone rang. It was my sister’s husband.

“I know,” I confided. “She was just here, in spirit, as a flicker in a candle flame.”

“She died peacefully, Jeff, in my arms, her eyes slowly closing in a soft and peaceful good-bye.”

I cried deeply over the loss of my sister. I often feel like she’s looking over my shoulder, guiding me through difficult life decisions. Rebelliously! In my heart, I have absolutely no doubt that this was both a mystical and magical visitation across the universe. Of course, I’m not talking about ghosts, here! But then again, who really knows? As a much younger person, I never would have entertained, let alone accept, such a spiritual belief. But the fourth quarter of Life virtually forces us to open ourselves to the feelings in our mind’s heart.

Cass has experienced a similar example of Mystical Realism. Her father was an avid gardener. When we moved from  New York to Virginia, Jerry gave Cass a lilac from his garden to plant in the yard of our new home. She did so lovingly. The plant itself grew and seemed healthy. But it never flowered. Year after year, for 13 years, not one lilac bloomed. When we got that phone call announcing Jerry’s sudden death, we looked out the window into the yard. Suddenly, Cass stopped short, captivated by the sight of one glorious lilac, standing tall, as if announcing itself to the world. Cass looked at me with a tearful yet magnificent smile. “That’s my Dad. He’s telling me he’s at peace. And content,” she whispered.

​I didn’t argue. For I knew she was right. And we shared tears of joy in the midst of cries of sorrow. Living in the Spiritual Age takes on new acceptance and meaning for those who progress into the world of Senior Citizenship in the fourth quarter of Life…and beyond. You’ll see.
​©  JeffResnick.com  2018
All Rights Reserved
CLICK HERE to read more stories like this one​