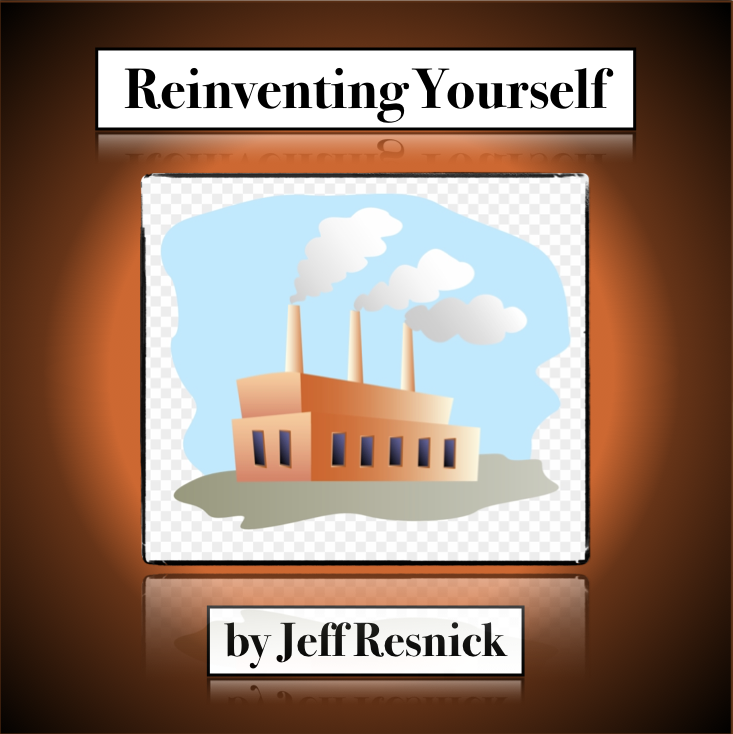 This is a phrase we never heard growing up. For our parents’ Greatest Generation, it was understood that a job lasted a lifetime, never mind a career. Upon returning home after their required military duty overseas in World-War-Two, a job seemed to be their only option, other than going to college compliments of Uncle Sam. It was commonly accepted that when you reached 65 years of age, once you had finally put in enough years on the job to retire, you were lucky you were handed a new watch as a token of the company’s appreciation for all your years of hard work on the job. Then you went home to your new recliner or a rocking chair. Or dreamed about a daily ritual of golf. Then, all too soon, you died, either emotionally or physically. Indeed, one usually led to the other. Let’s not forget that the average life span back then was about 68 years. Not much time to enjoy your hard-earned retirement!

After Cass’s father had put in more than his required years at a factory in Buffalo, New York, he was encouraged to retire and collect his pension, which he had paid into for 40 years. So he did, along with most of his fellow workers. What happened? The corporate owners of the factory raided the pension fund, then declared bankruptcy. This became an all too common ploy in 1980’s Corporate America, devastating millions of middle class families along the way without so much as a second thought. Without his earned pension to rely upon, Gerry was fortunate enough to be able to find work as a janitor at the University of Buffalo. To his credit, he actually enjoyed the work. And the students really liked him, too! My own father faced a different dilemma. As a small business owner for most of his life, he found himself at the helm of a sinking ship. With nothing to fall back on, he managed to find a job as an operations manager for a large family business in the same line of business he had been in for all those years. It wasn't easy. And it wasn’t the same as owning his own business. But it was necessary for the sake of the family, not to mention his emotional health.

Neither Gerry nor Bill had ever heard of the concept of reinventing yourself. For their generation, there was no such animal. They just did what they knew they had to do to support their families in any way possible. In both cases, they succeeded in accomplishing that goal, which was a testament to their tenacity and work ethic. Sadly, tenacity and work ethic often appear lacking in today's world of young workers. Get a job today, leave it tomorrow. I suppose that's okay, as long as you're not jumping out of the frying pan into the fire. Especially if you're a chef!

As for me, after I sold my advertising agency at age 50, thereby making me an official Senior Citizen, it took me quite a long time to experience the epiphany that I was free to delve into creative interests beyond the shallow world of retail advertising. In other words, I was free to reinvent myself! The decades of my working life had introduced me to a variety of creative skills: writing, editing, storytelling, studio production, voice-overs, marketing, and music composition and performance. Thankfully, Cass bought me an iMac as a surprise gift to foster my reinvention. As a long-time PC user, I fought that decision right off the bat. She persisted, as she always does. Of course, she was right again. After a few short hours on the iMac, my eyes and ears were opened to a new world of creative potential! Which catapulted me into a reinvented career in the Creative & Performing Arts: writing, publishing, narrating, producing, and marketing audio books, eBooks, and iBooks. And let's not forget creating and performing music, both in the studio and live. Studio, you ask? Only 25 years prior, a proper recording studio took up major square footage and electronic equipment. It wasn't unusual to expect a studio start-up cost in the six-figures or more, depending on the size of your ego. But today? A couple-of-thousand bucks for a computer which houses all the necessary peripheral gear! Oh, and a small desk to sit at! Okay, a chair, too. Now that's what I call reinventing yourself!

​We’ve certainly come a long way, baby! The ability to reinvent yourself is a much needed means of achieving many extra years of creative and business growth, provided that’s what you want. Our average life span today is about 76 years, so you better find something that floats your boat, lest you become bored with addressing your creative passions 24/7/365. Lucky for me, I’ve never played golf. Too competitive, I guess. But the fact that you’re now reading this story is proof positive that my reinvention has worked out quite favorably. What about you?
​©  Jeff Resnick  2018
All Rights Reserved
CLICK HERE to read more stories like this one​