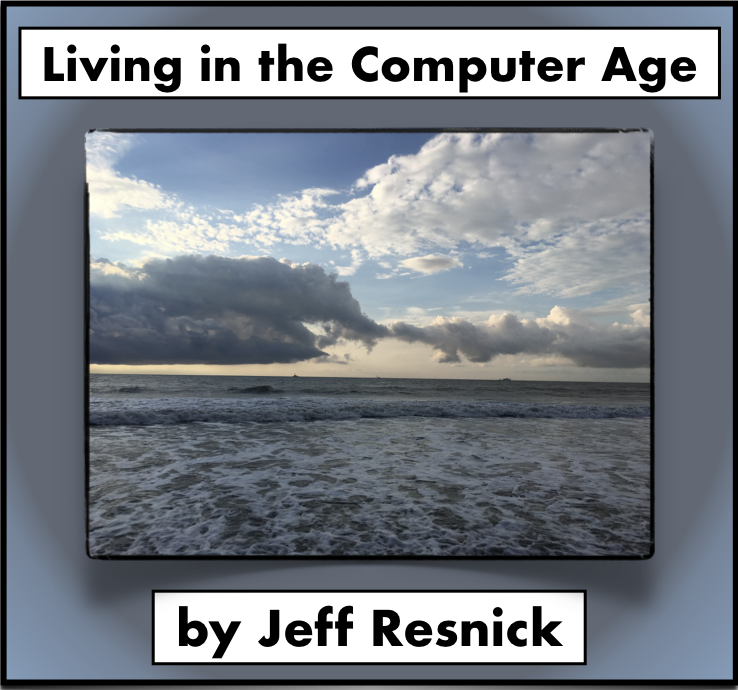 ​Looking back at the early 1980’s, like so many other business owners I had a hard enough time getting used to the fax machine, let alone a computer! In the end, though, the fax machine proved to be be a valuable tool for my new advertising agency. As I began representing business owners in different cities, you couldn't help but see the handwriting on the wall predicting the downfall of the United States Postal Service. Imagine, instantaneous electronic communication with clients for approval of media buys, written scripts for TV and Radio commercials, buying TV and Radio airtime, and imagery for Newspaper ads. Of course, it was also a great tool for sending promotional announcements to my growing client base.

You would have thought that climbing on the computer band-wagon was a no-brainer, but I confess to fighting the trend, tooth and nail. In my recording studio, I had already seen the benefit of the MIDI revolution, MIDI being Music Instrument Digital Interface. A new technology that allowed electronic instruments to 'talk to each other,' particularly useful in the one-man band environment that I had been using to create musical jingles in my little recording studio. The advent of MIDI also meant that musical instruments could play ‘in sync’ the first time and every time, no different than a ‘real’ band. In other words, producers like me could record virtually limitless tracks, not just eight, then edit each track as desired, listen back and modify the results over and over until satisfied, then lay down the final mix onto a stereo analog tape deck. Over time, synthesized sounds were so true to the real instruments they were emulating that you couldn’t tell the difference any more. As a result, producers like me stopped hiring human musicians in favor of ‘work-for-free’ electronic synthesizers, leaving many musicians and recording engineers alike searching for gainful employment in a new computerized world. Even worse, or better, depending on which side of the equation you were on, so-called ‘sampled sounds’ made it possible to digitize live music for your own selfish purposes, despite the threat of legal remedies. All of this made it easy for musicians and producers around the world to take full control of their music and performances without the expense of those quickly disappearing high-price recording studios. Imagine, carrying a virtual recording studio in your pocket. And hiring musicians in other cities, indeed around the world, as real-time performers within your own music through the emerging magic of telephony.

It’s only now, three or four decades later, that live music has made a miraculous and necessary resurgence. Not as a rebellion against machines, but as an unavoidable realization that real music is best made by real musicians, understanding that machines merely added a variety of creative tools to their impressive musical arsenal.

For me, technology took music to new worlds with the advent of the personal computer and MIDI. Evolving software programs allowed musicians to ‘sequence’ musical compositions in multiple layers for recording and live playback, both in the studio and on stage. I mastered a new musical instrument, the EWI: Electronic Wind Instrument, also known as a wind synthesizer. That one instrument enabled me to program and perform electronic musical compositions that  sound remarkably ‘real.’ In 2002, I took that technology to the concert stage with my original one-man show, A Tribute American Music. After hundreds of performances at the world renowned Kimball Theatre in historic Colonial Williamsburg, I toured the mid-Atlantic region, performing at a wonderful variety of venues, from concert halls to coffee houses, senior citizen communities to weddings,  corporate functions to arts festivals, jazz festivals to nursing homes.

And today? Frankly, it’s difficult to keep pace with technological developments that are introduced into the marketplace one day, and improved upon the next day. But that’s the very nature of ‘Living In The Computer Age.’ You better get used to it, or you’ll fall that much further  behind before you even realize anything has changed since yesterday.
​​​​©  Jeff Resnick  2018
All Rights Reserved
CLICK HERE for more stories like this one