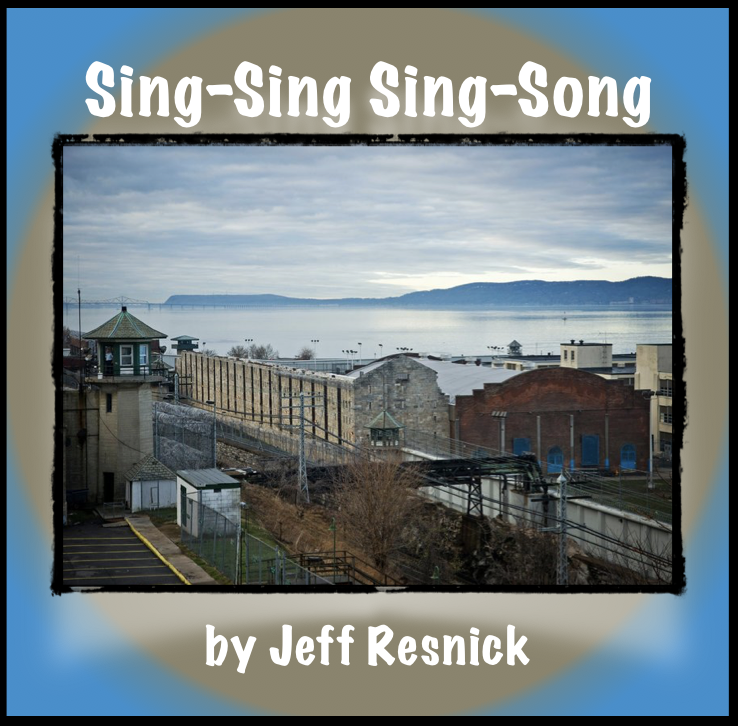 In the late 1960’s, the University of Buffalo Concert Band embarked on a performance tour designed to tune us up for an upcoming concert at Carnegie Hall. After the final performance on the tour, Jazz Ensemble musicians, all members of the Concert Band as well, had an hour to pack our gear onto our bus and check out of the motel. By noon, we found ourselves driving down the long hill approaching Sing-Sing maximum security prison in Ossining, New York. All we could see was the fenced-in, barbed-wire-topped prison yard, where countless inmates were lifting weights, bare-chested despite the bitter cold. How could we not notice that most of these men were twice as large as any professional football lineman we had ever encountered during our half-time Marching Band shows for the Buffalo Bills at the old War Memorial Stadium? Surrounding the Sing-Sing exercise yard were the guard towers, rifles clearly visible. Abruptly, our bus turned deathly quiet. We stared. We wondered. We wordlessly questioned our reason for being here. 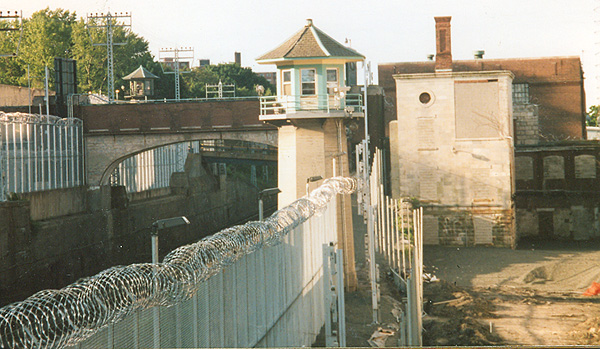 Passing through the first gate, our bus was put through a thorough search, several guards patting us all down while others slid their giant mirrors under the bus. Around the perimeter were dozens of other guards restraining their tense German Shepherd dogs. When we passed through the final inspection to the sound of electric bolts securing the massive gates, it was all we could do not to panic and beg to be allowed to wake from this nightmare. And we hadn’t even entered the building yet! Perhaps you’ve seen the TV program, “Scared Straight.” I’m here to tell you that we experienced it, first-hand, all 17 musicians in our Jazz Ensemble. When we departed the bus for our walk into the cafeteria to be the lunch guests of the New York State prison system, there were murmurs from several of our Psychology students about their studies of the inner workings of prison society, from the homosexuality of inmates to the physical and emotional abuse suffered by prisoners and guards alike. The prison warden welcomed us at the door. Several of those Psychology students asked him if we would care to comment on the above-mentioned issues, as if interviewing him for a documentary film. I’ll never forget his reaction. He merely looked at the questioners with a blank stare that seemed to ask, ‘Are you crazy, or what?’ As if part of an unfolding TV show, we were soon welcomed to the cafeteria by the ‘ladies’ of the house. Of course, there were no females in this prison. Long before the word ‘gay’ became in vogue, the imprisoned ‘ladies’ were overtly gracious to us, their welcomed guests. Frankly, the meal they had prepared for us was superior to any we had yet enjoyed on our tour. The service was equally excellent.

After lunch, we were escorted to a dressing room, of sorts, where we changed into our navy-blue band blazers, gray slacks, white shirts, and blue ties. Walking out onto a well-lit gymnasium stage, a chain link fence separating musicians from audience, we were greeted by raucous shouts, cheers, and whistles. I can still remember laughing to myself at the realization that half the audience was whistling at male members of the band, the other half catcalling the one female member of our band, Gail, who played upright bass. On this day, it was probably closer to uptight bass. I couldn’t even begin to imagine what was going through her mind, the only female in the presence of such an unusual crowd of men screaming at her to ‘take it off, baby!’ To Gail’s credit, she merely smiled a bit uncomfortably, managing to maintain her composure in the face of what must have been sheer terror. The warden introduced the band, warning all in attendance to be on their best behavior. Unlike any other concert we had ever performed, this audience never quieted down when we started playing. The shouts and whistles continued, getting louder the longer we played. It took us all a few songs to realize that this was the way it was going to be, and we better just go with the flow. Once we did, we actually began to loosen up. It was obvious our audience was enjoying the concert. Isn’t that what they were supposed to do? Okay, their enjoyment was expressed in a way unlike any we had ever experienced before, but should that matter? I found myself looking out into the crowd in front of us as we played, wondering at the lives lived and the lives wasted here. I couldn’t help but see tears here and there, men exhibiting their joy without reservation, and I soon felt a deep inner satisfaction that I was here, on this day, performing this concert, for this audience.

At the conclusion of our final selection of the afternoon, we received the loudest and most appreciative standing ovation you could have imagined. Whether applauding the performance or the opportunity to escape their mindless daily routine, I’ll never know. Despite demands for more, we were hustled off the stage to return to our bus, leaving Sing-Sing (what an appropriate name, wouldn’t you say?) in the midst of a gathering blizzard of snow that certainly matched our blizzard of emotions. Performing our Sing-Song at Sing-Sing was no Song & Dance! But it’s a performance none of us would ever forget.
​©  Jeff Resnick  2018
All Rights Reserved
CLICK HERE for more stories like this one