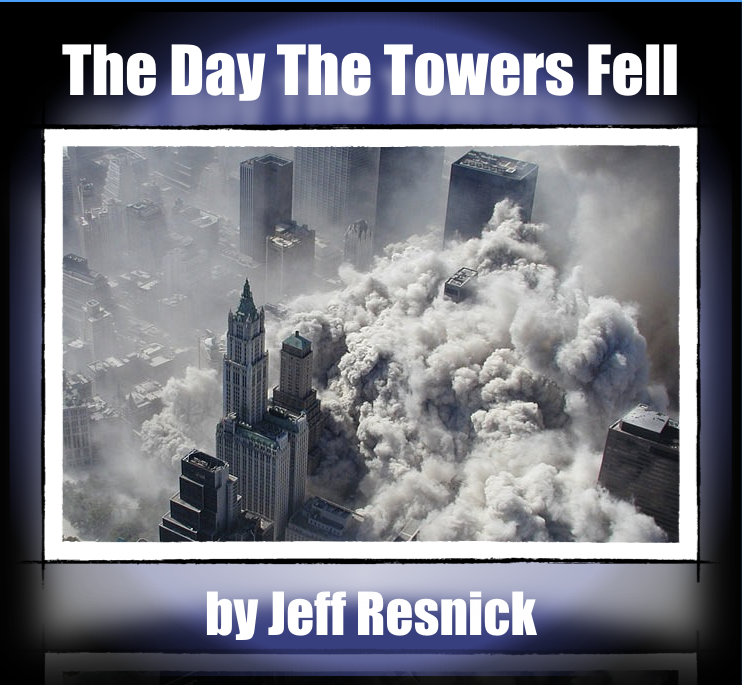 In September, 2001, I began my Visiting Professorship in West Virginia, renting a private cottage in the woods on weekdays, planning to fly home to Virginia every weekend. Rolling over in bed, I saw the sun shining brightly, a cool autumn breeze wafting through the open window. I took a deep breath, the fragrance of falling leaves tickling my nose. The phone rang.

​“Are you watching the News?” Cass asked.

​I saw the second plane hit the tower. What seemed at first an accident now appeared an act of war. A kind of war we had never experienced. My vivid recollection of that morning is watching the NBC-TV News coverage, seeing a Black woman looking up at the towers burning, hand raised to her mouth, crying uncontrollably and repeating three words over and over: “Oh my God, oh my God.” I can’t shake that memory. I can’t begin to imagine the memories that woman would never shake. 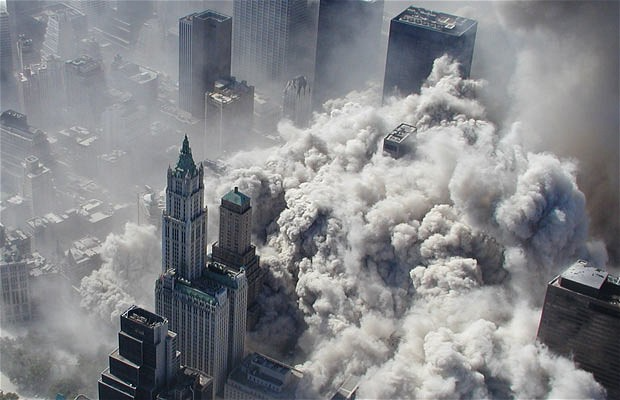 I drove to a deserted campus. An eerie quiet had replaced the normally hectic student union. I sat on a bench. Under a tree. Alone. Looking up at the cloudless blue sky. Wondering if this nightmare was really happening. A stark realization overwhelmed me. There is no noise. Where are the planes, streaming vapors in the sky as they complete their prescribed journeys? Then I heard the birds. And nothing else. Except the beating of my heart.

On my way to class, I paused to speak with a Nepalese student wandering about in a daze equal to mine. Drawn to each other by an urgent need to communicate as civilized humans, we talked about his homeland, his heritage, and the world. Tearfully, we shook hands and each went our own way. At three o’clock, I walked into a lecture hall packed with students. They were mute. Dazed. I knew I must be strong for them, to let them know that the world wouldn’t end, at least not today. As I began to speak, I choked up, unable to continue. I stood still. A statue cemented to its pedestal. Wondering if I would regain my composure. But I couldn’t. I merely looked around the room at all the young faces, the red eyes and confusion evident. After what seemed an eternity, I was able to speak of the absurdity of being in this classroom at this moment in the wake of what had just taken place in a city far removed from our daily reality. No one moved. No one spoke. Finally, one young lady stood and said this was the first class of the day where the teacher had even mentioned the tragedy that was still unfolding. Prior to this class, there had been no discussion, no questions asked or allowed, and no emotions displayed.

“Tell me what you’re feeling,” I whispered.

The floodgates burst open. A number of students wept openly about being from New York and not having heard from a father, a sister, a cousin, a best friend. Others spoke of revenge beatings of Middle-Eastern students on campus already in progress. One young man talked about his brother, who was a New York City firefighter. No hands were raised the entire time. They just seemed to know when it was their turn to speak, one at a time. When the speaking stopped, I dismissed the class, encouraging the students to console each other where necessary. I left the room to the soft murmurs of ‘Thank you.’

I met another class that evening at seven, by then feeling emotionally drained. I knew I needed to be in control of my emotions this time, to be strong for my students. Walking down the corridor on the way to class, one of the kids passed me in the hall, smiled, and said “Hi, Professor Resnick.” For reasons I’ll never understand, I found myself sobbing uncontrollably. I couldn’t catch my breath. Raising my hand to cover my face, I turned into the men’s room to gather my wits before entering the classroom. Convinced I had myself under control, I entered the room. Twenty students were sitting quietly at their desks, not knowing what to do or what to say. I sat in the front of the room facing their semi-circle of chairs.

“I can’t do this,” was all that came out of my mouth. It took all my strength just to look at them, my eyes welling with tears yet again. One by one, my students got up, walked over to me, and embraced me within their protective arms. I had so wanted to be there for them. In the end, it was they who were there for me.

“Are you okay, Professor Resnick?”

“You need to go home. Don’t worry about us. You should be with your family.”

Of course, they were right. Bright kids. Compassionate kids. The next morning, I drove the 359.3 miles back to Williamsburg, not sure when, or if, I would return to Morgantown. I didn’t notify the Dean, or my department chairperson, or even Cass. I just got in the car and drove through the mountains of West Virginia. The only vehicles on the road were State Trooper cars, dozens of them at every exit, blue lights flashing. I could have been on another planet. I made it home in five-hours & 58-minutes. I stayed for several days before deciding to return to school.

The first day back, I met my three o’clock class. I had decided to deliver a formal lecture simply to establish a new beginning, a break from the trauma of the previous week. The class waited expectantly as I approached the podium. I began to speak and my voice cracked yet again. I couldn’t believe it. I had myself under control. Why couldn’t I speak? This time, I was defiant. I bit my lip and looked right into their eyes.

No one said a word. No one moved. Until one young man stood and spoke.

​From that moment forward, I was fine. Or, at least as fine as one could be. We humans fool ourselves into believing we are in control. I often speculate that musicians respond so emotionally for the very reason that makes us so able to feel music. Our emotions are so close to the surface. So easily felt. So quickly delivered. So rarely controlled. Blessing? Or curse?