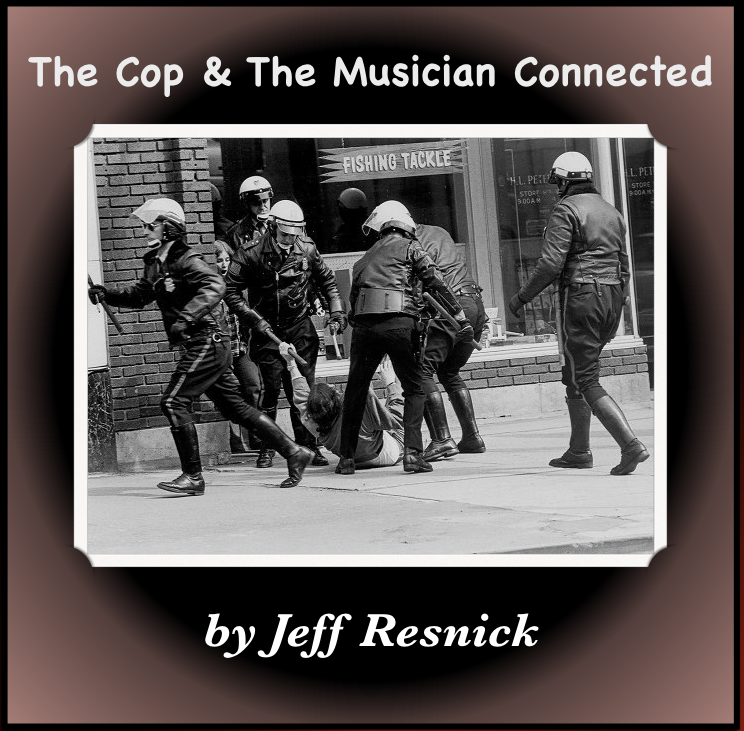 Autumn, 1968. I was riding my bike down Main Street near the University of Buffalo campus. An under-graduate Music major, I spent most of my off-campus time with Cass and her family in their Jewett Avenue home. Actually, I had dinner with them every night! Approaching the Parkside Candy store, I saw mobs of people filling Main street. On the near side were thousands of students, bricks in hand. On the far side were hundreds of Buffalo Policemen outfitted with helmets, heavy plastic shields, batons and weapons. You could have heard a pin drop in the dead silence. Suddenly, as if on cue, the students launched a barrage of stones and bricks at the police, the whooshing sound overhead like a jet taking flight. All hell broke loose. The riot squad rushed forward at full speed, knocking students to the ground with their batons, then dragging them into waiting paddy wagons to be taken downtown to jail. 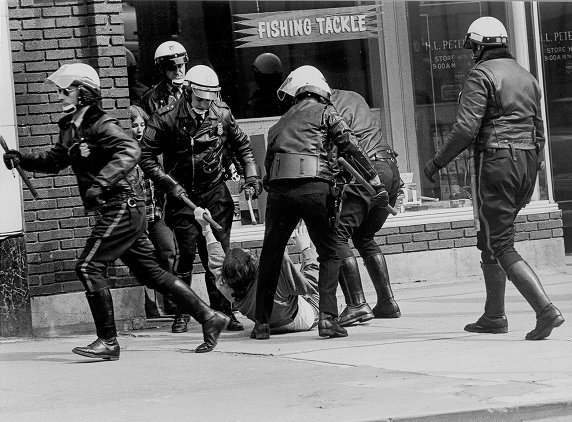 I jumped off my bike and stumbled into a telephone booth, of all places. I called Cass and told her what was happening. “Get out of there, NOW!” she yelled before the phone booth was knocked over with me still in it, landing with its door on the bottom. A moment later, the glass on the top of the booth shattered. I crawled out with a few cuts on my hands, hopped back on my bike and rode as fast as possible up Amherst Street to Jewett Avenue. That evening, a neighbor  across the street was waving at us.

“Sure!” we answered as we approached his porch steps.

“I’m Ronnie,” he smiled, a bottle of Genesee Beer in each hand.

“I’ve seen you guys enjoying your evening walks together, so I thought we should get to know each other. You a student, Jeff?”

“Music major at UB. What about you, Ronnie?”

“I’m a Buffalo cop,” he chuckled with a dismissive wave of his hand. “Don’t worry, I’m friendly! Quite a riot up near campus today, huh?”

“Good thing you were able to crawl out of the phone booth . . .”

“Guess who shattered the glass so you could get out . . .”

“Me . . . courtesy of my baton. Cops are mostly good people, Jeff. No different than you and Cassie. But when things get out of hand, we have a job to do. That’s just the way it is. I’m glad you didn’t get hurt. I may even agree with some of the protests going on. But we sure don’t need the violence.”

With that, we three shared a beer together. We sat and talked for about an hour, thoroughly enjoying each other’s company. When Cass and I stood to leave, Ronnie sidled up to me and put his beefy arm on my shoulder. “Let’s see . . . Baird Hall . . . that’s the music building, right?”

“Word’s out that some of my colleagues plan on tear-gassing Baird Hall for the next few days. Something about clearing out some rabble rousers. Anyway, just be careful, maybe stay home instead.” 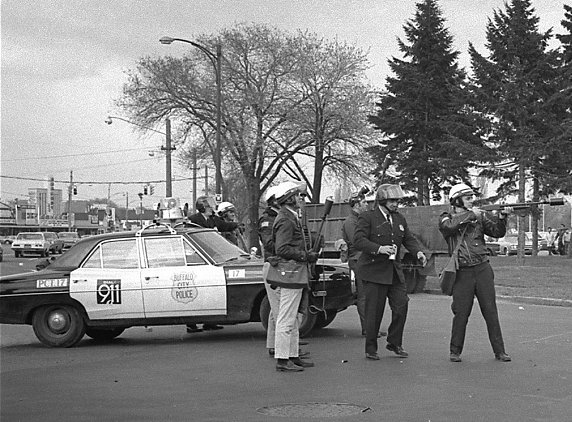 I was taken aback. “You know, Ronnie, I don’t know any rabble rousing musicians.”

He thought for a moment with raised eyebrows.

“Maybe some cops are rabble rousers?” I dared to asked.

I should have followed Ronnie’s advice. But I didn’t. Sure enough, the next morning the tear gas canisters were shot through Baird Hall’s windows on all sides. Most of us were in the student break room, choking on the gas until we could find our way up to street level, where the cops welcomed us with more gas. The mayhem continued for several days, then stopped as suddenly as it had started. That evening, Cass and I went for our usual walk. Ronnie was sitting on his porch, enjoying his bottle of Genesee Beer. We waved.

“I should have listened to you, Ronnie!” I yelled across the street.

I can’t say Ronnie became close friends with Cass and me. But there’s no question that ‘The Cop and The Musician Connected.’​