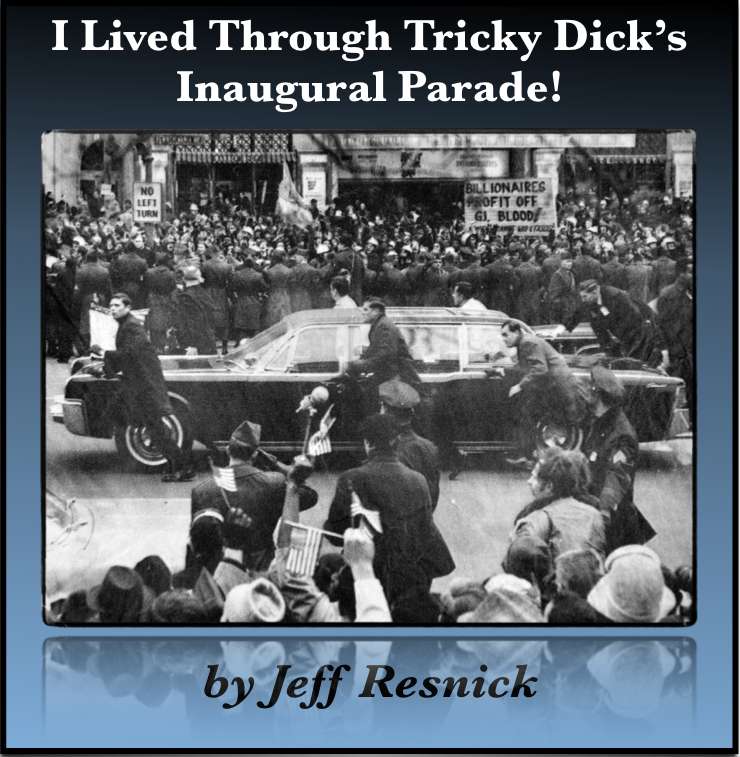 The infamous 1960’s. What amazing times those were! In November, 1968, Richard Nixon was elected President of the United States of America. Spiro Agnew was his Veep, but not for long, thankfully. I was an undergraduate music major at the University of Buffalo, already a hotbed of political protest after the riots at the Democratic National Convention prior to election day. Looking back, musicians weren’t known then for their political activism. No, we were more likely to spend our days in the practice rooms at Baird Hall, or in the student break room in the basement. Funny how Tricky Dick’s election changed all that pretty quickly. You see, the University of Buffalo Marching Band had already been awarded the “honor” of performing at Dick’s inaugural parade on Monday, January 20th, 1969.

At the band’s first rehearsal after the November election, a small but vocal group of music majors stood up and strongly voiced their unwillingness to march in the parade. America was a divided nation in so many ways, the Viet Nam war the nucleus of discontent. As you might expect, the Band Director attempted to nip that rebellion in the bud, claiming it would be un-American not to accept the honor of performing in D.C. To the contrary, the protesters persisted, performing would demonstrate the ultimate hypocrisy. Eventually, the decision was made by the university administration, over-ruling all objections, that all marching band members would indeed march, like it or not, or face expulsion from school. (Yeah, times haven’t really changed all that much, have they?) Suddenly, the overwhelming control of the political elite became all too clear. So, on Sunday morning, January 19th, 1969, the 250-member University of Buffalo Marching Band had no choice but to board their chartered buses for their “forced march” in Washington. It was definitely a quiet bus ride.

Checking into our hotel Sunday evening, as quiet and subdued as we were, the streets of D.C.  were already loud and boisterous. It was clear that ours wasn’t the only band forced to perform with the threat of expulsion. We awoke early Monday morning for the ride to the parade site, marching bands from all over the country taking their places in a never-ending line, awaiting the starting whistle for the parade. It was a cold, blustery, overcast day, matching our mood. We all looked at each other, shaking our heads, wondering what we were doing in our nation’s capital paying homage to an already hated president. We had no plan of protest for obvious reasons. Then again, musicians sometimes can be a feisty group, especially the long-haired, bearded ones. And those were the ladies in the band! The men were far grubbier and ugly, for sure, including me. Finally, after hours of waiting for the “honor” of marching, the starting whistle blew, and we were off to the races in strict formation. Surprise! The streets were ripe with protest all around us. It was infectious.​ 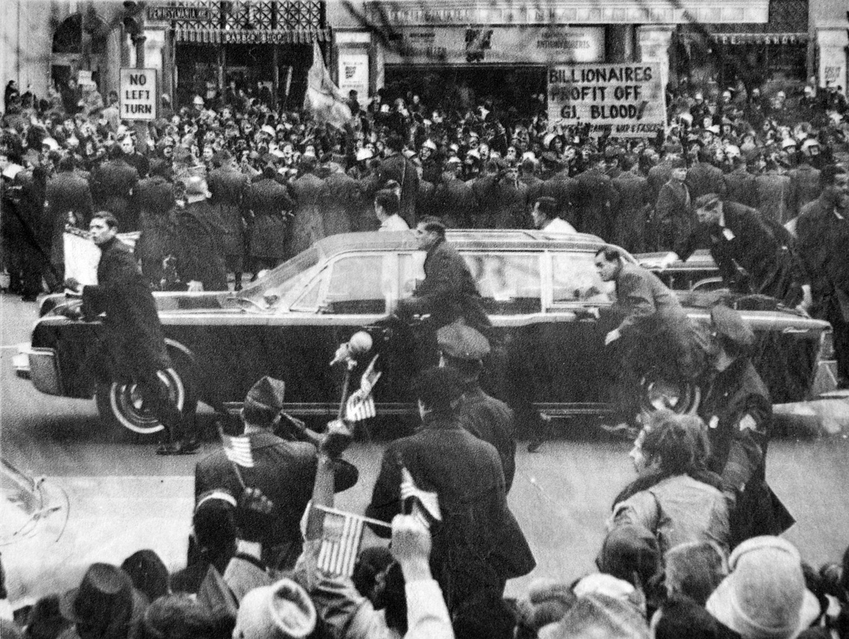 The closer we got to the reviewing stand, the more riotous the crowds. And there, protected by bullet-proof glass stood Tricky Dick and Pat, rocking back and forth, lightly clapping their hands, eyes never leaving the ground at their feet. I was convinced they were in fact two Disney Animatronic creations no different from those in Disney World! I had no doubt they were plastic in both appearance and motion. And then, it happened. The absurdity of our dilemma seemed to take control of our actions. The trumpet line raised their middle fingers in defiance, soon followed by the trombones, saxophones, clarinets, flutes, tubas, and percussion. I had never seen 250 musicians so united before! Shall we say our director wasn’t as happy?

​On the way back to our buses, thrilled by our spontaneous act of protest, the reality settled in that our pictures were no doubt already in the hands of the FBI, wondering what consequences we might face upon our return to Buffalo. There were none. I guess they had more important things to worry about. And, believe it or not, our director never mentioned it. In fact, there seemed to be a quick smile visible on his face as we pulled into the Baird Hall parking lot very late on the night of Monday, January 20th, 1969. I’ll never tell, though. Then again . . .