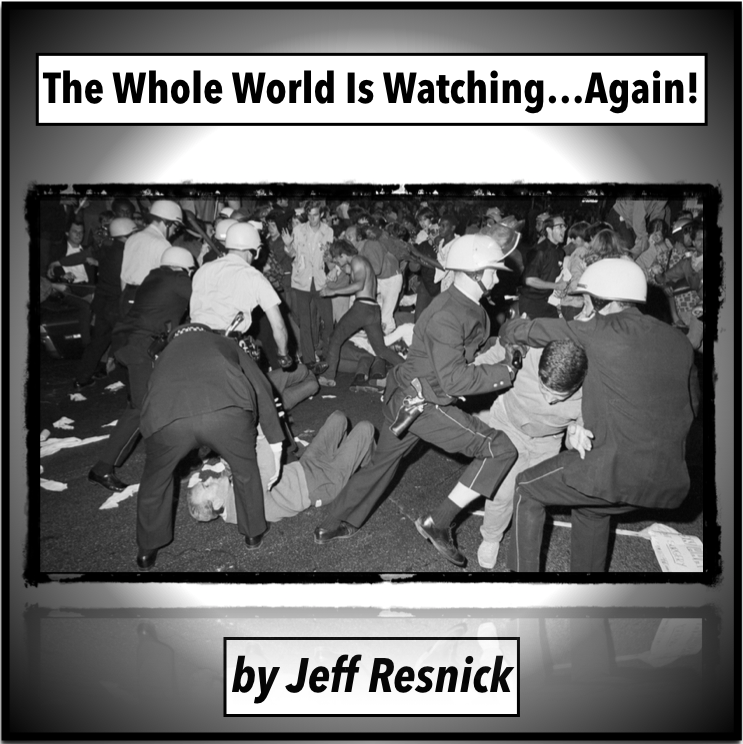 One advantage of reaching “The Age of Seniority” is understanding that everything that goes around, comes around. Reflecting on years past reminds us that all things happen for reasons we never seem to understand until we’re older and wiser. ‘The Whole World Is Watching’ is proof positive. As documented on Wikipedia, ‘this chant by antiwar demonstrators outside the Conrad Hilton Hotel the evening of August 28 during the 1968 Democratic National Convention in Chicago set the stage for the anti-war movement that defined the decade to come. The event was broadcast from taped footage on the night of Wednesday, August 28, the third day of the convention. Demonstrators took up the chant as police were beating and pulling many of them into paddy wagons, each with a superfluous whack of a nightstick after the demonstrators, being barricaded in the park by the police, began to come into Michigan Avenue in front of the hotel. The prescient and apparently spontaneous chant quickly became famous. The following year, it served as the title of a television movie about student activism. That same year, on track 10 of their 1969 hit debut record album the rock band Chicago, then known as CTA (Chicago Transit Authority), used what may be a copy of the real audio clip of the crowd chanting, The Whole World Is Watching.’
​ 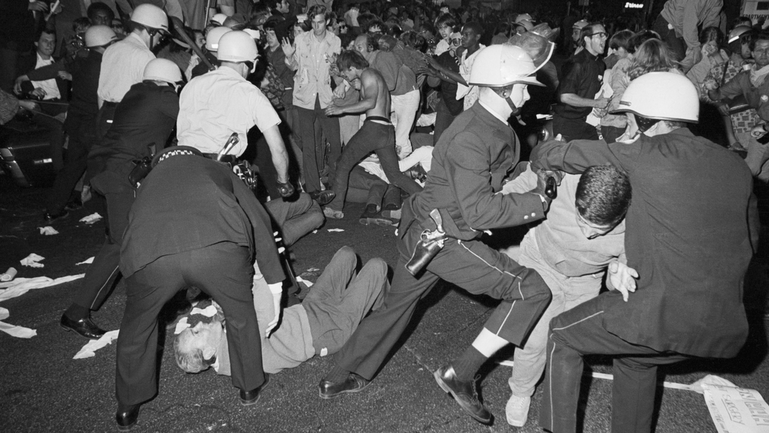 I vividly remember the first time I heard that cut on the CTA album. The University of Buffalo was a hotbed of political activity. We were all affected deeply and painfully by the events of those days. Student activism proved to be the motivational core of the protest movement against seemingly unchangeable government policies. There have been other issues in the following years that garnered interest, but the power of the people never seemed to generate the same level of public support, for reasons known only to sociologists. Until now, that is. While the 1960’s protest movement was driven by college students, today’s remarkable movement is driven by high school students, for obvious reasons. Again citing Wikipedia, ‘March for Our Lives was a student-led demonstration in support of tighter gun control that took place on March 24, 2018, in Washington, D.C., with over 800 sibling events throughout the United States and around the world. Student organizers from Never Again MSD planned the march in collaboration with the nonprofit organization Everytown for Gun Safety. The event followed the Stoneman Douglas High School shooting, which was described by many media outlets as a possible tipping point for gun control legislation. Protesters urged for universal background checks on all gun sales, raising the federal age of gun ownership and possession to 21, closing of the gun show loophole, a restoration of the 1994 Federal Assault Weapons Ban, and a ban on the sale of high-capacity magazines in the United States and a ban on bump stocks. Turnout was estimated to be between 1.2 to 2 million people in the United States, making it one of the largest protests in American history.’
​ 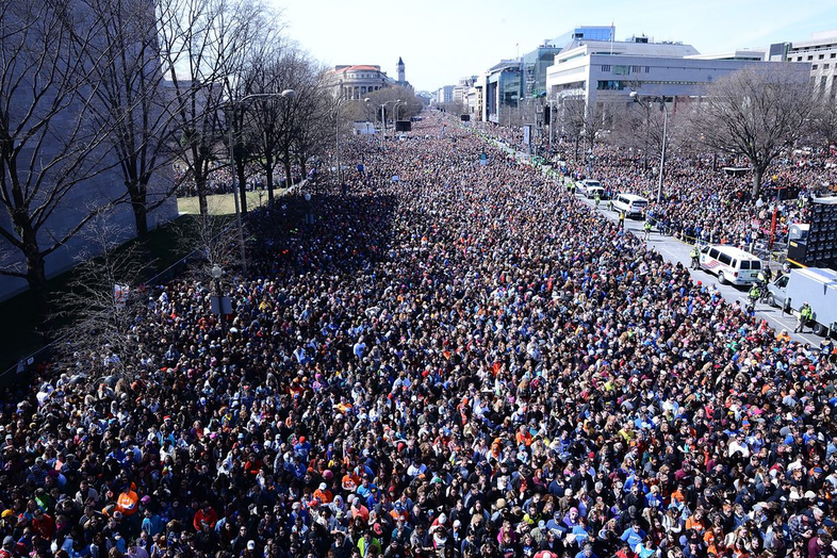 ‘Following the school shooting at Marjory Stoneman Douglas High School in Parkland, Florida, on February 14, Cameron Kasky, a junior at the school, and his classmates, announced the march four days later. Also joining the march efforts are Alex Wind of Stoneman Douglas High School, who along with four friends created the "Never Again" campaign. Emma González and David Hogg, also survivors of the shooting, have been vocal supporters of the march. The date was chosen in order to give students, families and others a chance to mourn first, and then on March 24, talk about gun control. Organizers filed a permit application with the National Park Service during the week of February 23, and expected as many as 500,000 people to attend. However the National Mall, which was the planned site of the main march in Washington, D.C. was reportedly already booked for March 24; the application, filed by an unidentified local student group, claimed it was for a talent show. A permit was later obtained for Pennsylvania Avenue. The Washington Metropolitan Area Transit Authority announced it would operate extra trains for the march.’

‘The Enough! National School Walkout was held on the one month anniversary of the Stoneman Douglas shooting. It involved students walking out from their classes for exactly seventeen minutes (one for each of the victims of the massacre) and involved more than 3,000 schools across the United States and nearly one million students. Thousands of students also gathered and staged a rally in Washington D.C. after observing 17 minutes of silence with their backs to the White House. After the success of the walkout, Hogg posted a tweet that included a provocative, NRA-style advertisement calling out lawmakers for their inaction on or opposition to gun control efforts, asking "What if our politicians weren't the bitch of the NRA?", and ending with a promotion for the upcoming March.’
​ 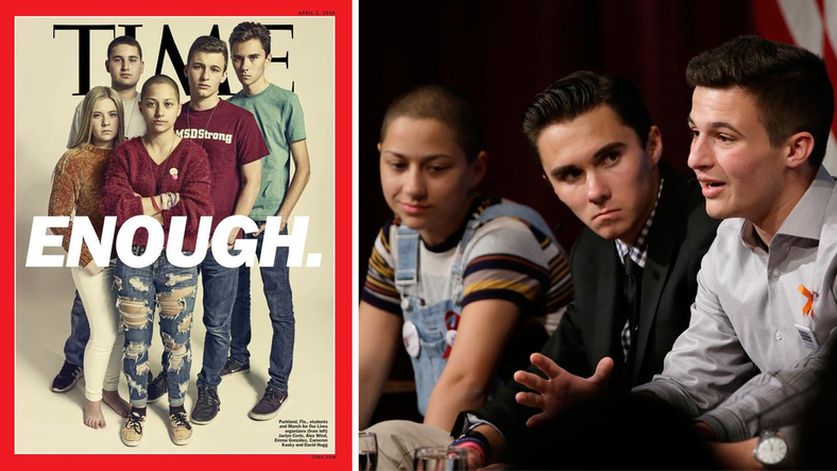 There is still a long way to go to destroy the logjam of conflicting legal opinions and money driven lobbyists. The ultimate success of the protest movement will be judged by whether it motivates now-voting-age students, and their Grandparents, to cast their ballots in November to force necessary government action. Indeed, “The Whole World Is Watching . . . Again!”
©  Jeff Resnick  2018
All Rights Reserved