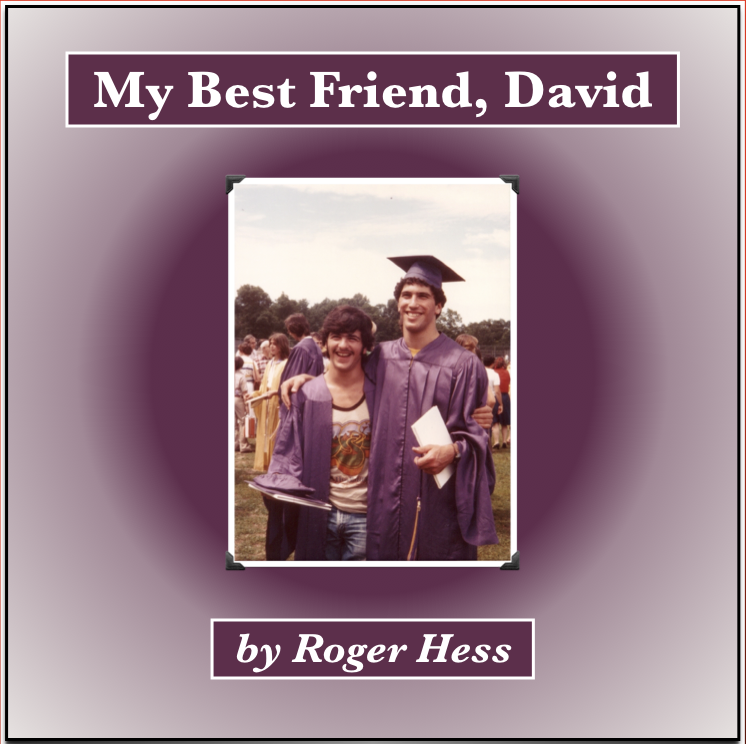 David had cocktails and dinner with a roomful of current and former members of the United States Congress. Let me give you a little background before I tell you about that night! David and I met in second grade, when we were seven years-old. We were in the same classroom that year. He always told people how mean I was to him then. It seems he had told a funny story or a joke and I said, “you’re such a show off!” He wasn’t sore about it, but he NEVER let me forget it. I’m sure I said that because I was jealous of the attention he was getting, or his ability to remember and tell something funny. But he was right, that was mean. And I was wrong ... he was  definitely not a show off. In the 50 years that followed, I saw him as he was: always humble and modest. He never wanted to be the center of attention. Yet he was always good with a joke or a funny story and found humor so often in everyday life. As so many people said in the past several months, he’s just the nicest, sweetest guy.
​
So I guess he got over my insult that day because we became best friends. For life. We did so much together. We were so close. We’d bike to each other’s house to play or hang out. Even after I moved to the other side of North Stamford, we’d get together constantly. We’d have sleep overs. Once we could drive, I would drive to his house all the time to hang out. We even had some family ski trips together. We went to summer camp together. We went on a two-week camp bike trip together. We drove our parents crazy with our mischief, all the while constantly mimicking Monty Python skits. We took a camping trip and vacations together as we got older. We would take these long weekend trips that were so filled with laughter it was insane. And even after we had families of our own, David & Bonnie and Judith and I took some great vacations together with our kids.

Funny thing was, we never had another class together, except 10th grade chemistry. From third grade on, we kept hoping we’d be in the same class. We never got it. We hoped to go to the same college and be room mates but that didn’t work out either. So it was great when we moved in together after college. We were roommates for five great years. I think we were perfect roommates; we had a blast. A few things about David that you should know. Though quiet and unassuming, he had his adventurous side that I always admired. The summer before 11th grade, he travelled to South Africa for two months as an exchange student. In 1977, at 16 years-old, that was REALLY gutsy! He loved it. We wrote airmail letters to each other weekly. When we were about 26, he decided to take a vacation...to Morocco! I wasn’t even sure where that was! ‘Can’t you just go to California or France?’ I wondered.

David was incredibly supportive and encouraging. I had some tough times in high school, but he always propped me up. He assured me things would get better when I was miserable, and since he was my best friend, I’d believe him and get over it. And he was supportive in his actions, much more than just words. When I needed to get my first summer job and prove to my parents I wasn’t a lazy bum, he got me the opportunity to be a junior counselor at the day camp he was just hired for. When I wanted to join the volunteer fire department, I kind of needed him to join with me so my parents would approve. That was fun until after we fought a New Year’s Eve house fire together and came home covered in soot and stinking of smoke. His parents had enough of that. When I decided to try an Amway distributorship, he was my first willing recruit.  But that didn’t last because David didn’t like to ask people for money. So selling Amway was not for him.

When we were living together in Brooklyn, and I was having a really tough time finding meaningful work, he was patient and constantly told me, “you can do it; keep at it; I believe in you.” And 26 years later, when I decided to climb Denali, David supported me. Though this time was more serious. I was in the middle of 13 months of training when David was first stricken by his tumor. As he recovered and fought his tumor he motivated me. Of course he asked how it was going and said those encouraging things. But when it was really hard, I’d think, ‘c’mon Roger, this is NOTHING compared to what David has to go through. You’re not suffering at all ... your best friend is.’

My wife Judith suggested, “hey, why don’t you do something meaningful with your climb, like a fundraiser?” So I decided to honor my best friend and make this something about him that he would like to support and we could do together. We settled on The Tug McGraw Foundation.  Tug McGraw died of a brain tumor. He was a New York Met and we were both Mets fans. It was a fitting selection. The Foundation supports research and also provides assistance to people suffering from brain tumors, Traumatic Brain Injury, and PTSD. So I set up the page with his help and approval, and nearly everyone I know supported it. They loved the story about my best friend; face it, you can’t help but be touched by it. But I didn’t see any one of David’s other friends yet. Remember the Amway thing? David did not like to ask people for money! But once I explained that all he needed to do was let people know about the page, they would want to show him their support. And boy, did they ever! Everyone responded enthusiastically. Over 100 people donated and raised over $10,000. David was stunned. And psyched!

The foundation was pretty psyched, too. In March of 2012, they were being honored at the annual dinner of The United States Association of Former Members Of Congress and they invited us to be their guests. So, there we are at the Washington D.C. Ritz Carlton having cocktails and mingling with over 400 guests including current and former US Senators and Representatives, members of diplomatic delegations, lobbyists, business executives, and other D.C. muckety-mucks. We felt completely out of place, but it was really exciting and pretty cool!  For dinner, we sat with a former Representative from the state of Washington, among others. The keynote speaker that night was Senator John Kerry. But first they had the awards presentation.  When Jennifer Brusstar, the Executive Director of The Tug McGraw Foundation spoke, she talked about their mission. Then, she briefly told about our fundraiser and about David’s great attitude as he continued to fight his cancer. And she brought the crowd to a resounding round of applause when she told them he was there that night, and would he please stand to be recognized! It was wonderful. Unlike that day we first met in second grade, I can assure you I was applauding the hardest of anyone in that room. And this time, I noticed that David didn’t mind the attention. I think he appreciated that moment a lot.
​
​David was diagnosed with a Glioblastoma in September, 2010. He fought his cancer valiantly and got the most out of life for about 7½ years. By early 2018, the doctors had done all they could to help him keep the tumor at bay. In late April he was moved to hospice in Brooklyn near his home. I made the 2-hour drive each way to visit him nearly every week after that. I looked forward all week to those visits – we’d spend the day together reminiscing, laughing, sharing something good to eat or drink, I’d even trim his beard for him occasionally or do anything else I could to help, until his condition progressed too far. I cherish those last visits we had together – they have made more vivid and permanent the great memories and connection of 50+ years as best friends. David passed away nearly 8 years to the day after his initial diagnosis. I miss him terribly. 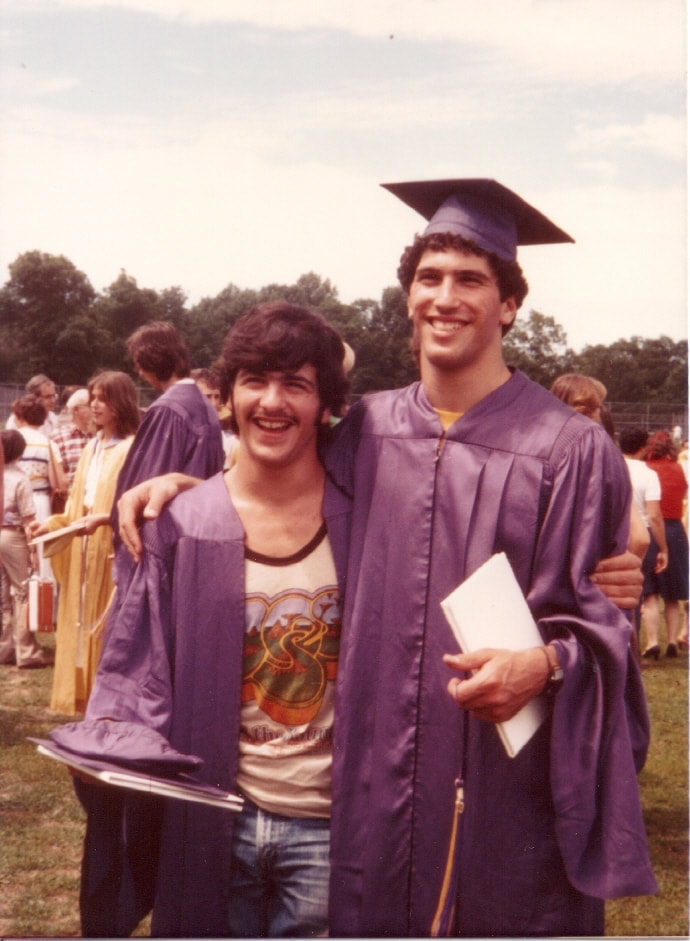