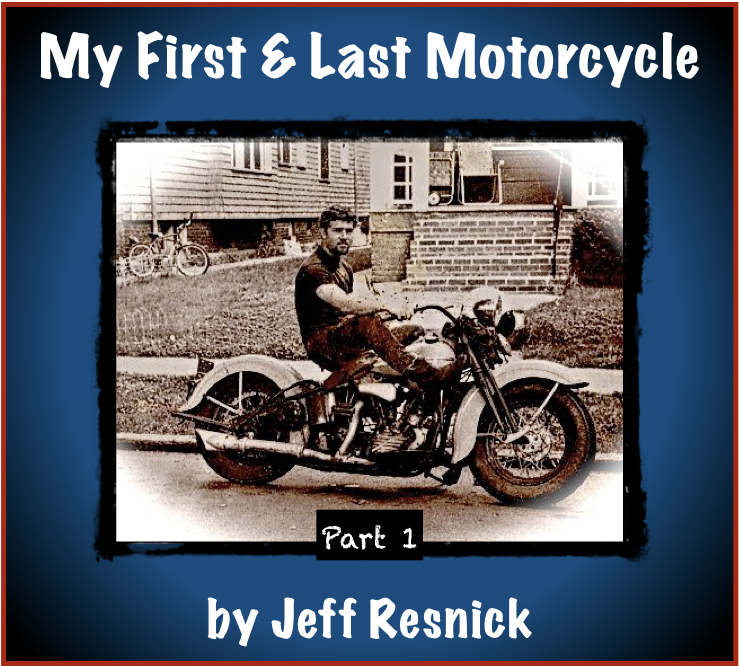 ​The year was 1968. Every word of this story is true. Well, maybe embellished a little to satisfy my creative urge. But it’s a story I remember as if it were yesterday. Then again, maybe it was. In the scheme of things. My two best buddies at UB were freaky, to say the least. Actually, flaky might be a better description. Stu and Phil. (I'm the handsome one). 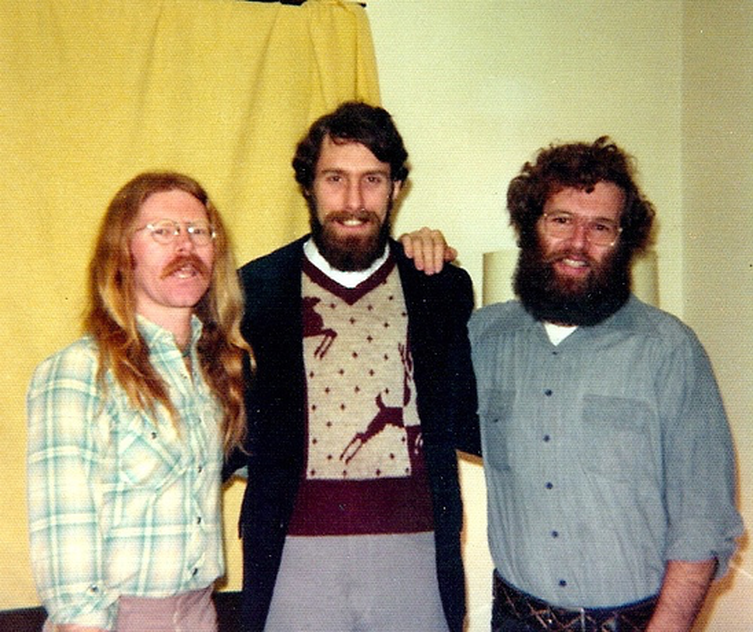 ​The way I remember it, and you know how that goes after 50 years, I was walking on campus one day in early Spring on the way to a class I never attended, when I heard a loud roar along side me. That was Phil. Actually, it was Phil’s motorcycle. Turns out he had just bought an ancient Harley Davidson. Man, Phil was already a cool dude. Short, but powerfully built, given his years as a high school wrestling champ. His wrists were thicker than my thighs. 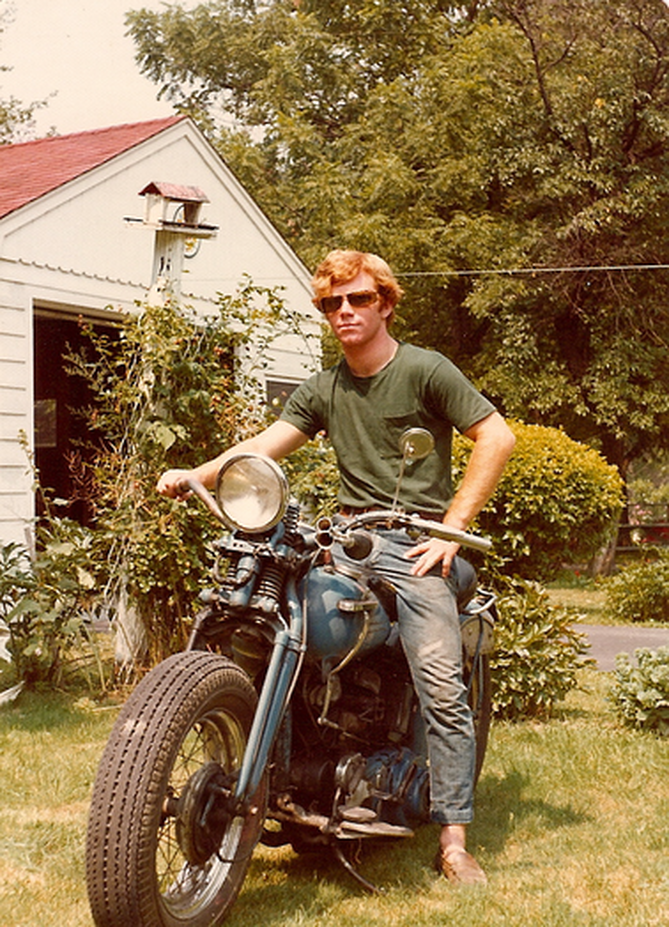 Like all of us, Phil had started out at UB with the traditional brush cut, and cleanly shaven face. Again, like all of us, that lasted for about a month. We did everything we could to look older, cooler, hipper, and dirtier. Like our comrades from The City, I guess. But it worked. On this day, Phil wore filthy jeans, torn in too many places. A leather vest over his bare chest. Tall  black boots. Dark sunglasses, even though the sun had been hibernating despite end of winter.  And, of course, the obligatory bandana over his now shoulder-length hair. And let’s not forget the flaming red fu-mustache.

“No, it’s my mother’s, you dork. Of course it’s mine. Just got it yesterday.”

By this point, I had walked over and now stood gawking at this ancient monstrosity. No fenders. Beat to you know what. Spewing exhaust. And loud. Deafeningly loud.

“Bought it from a dude who rides with the Road Hogs,” he clarified. “I guess he needed the money more than the bike.”

“Ready for this, dude? 75-bucks! So here I am, ridin’ a Harley Beast! Gotta split,” he shouted as he took off in a roar, smoke belching from the pipes.

I just stood there, watching in disbelief as he faded into the sunset. Then again, there was no sun- to speak of, and it was mid-afternoon, so no -set either. Like I told you, I’m known to embellish a little bit.
​
A week later, I’m sitting out on the second-floor porch of my apartment on Bailey Avenue, a mile south of the old Main Street campus. 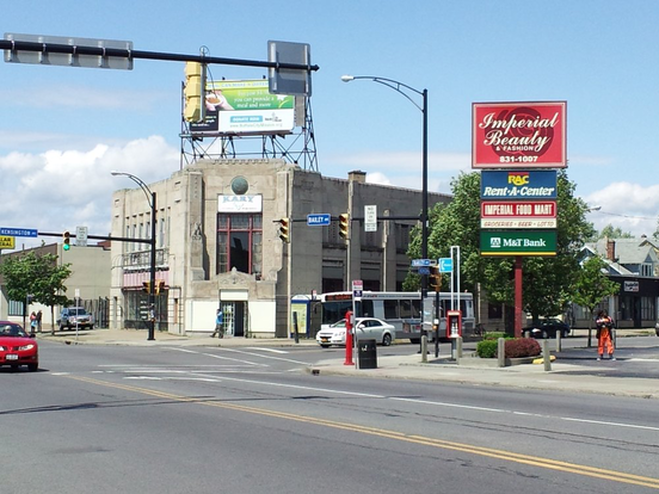 And there’s Phil, pulling up on his Harley. Without noticing me up on the porch, he climbs off the beast and heads for the stairs leading up to my front door. I hustled inside to thwart his customary two knocks.

​“Who is it?” I shouted, before he even had a chance to knock once, knowing what his answer would be.

“Who do you think, dork? It’s your momma! Now open the door before I kick it in!”

I did. Yeah, he would’ve kicked it in. With little effort. At my expense, of course.

“Want a sandwich, Phil?” I asked, since he had already seated himself at the kitchen table.

“Okay, I’ll have Balogna. But don’t forget the Mustard.”

We shot the breeze while eating and downing some lousy instant coffee. Suddenly, two knocks at the door, probably the ones Phil hadn’t needed to waste. We looked at each other, eyebrows raised, knowing who it would be. Then, a muffled shout from the hallway.

I got up and opened the door, Phil following close behind.

“Took you long enough!” Stu complained. “You guys hidin’ somethin’? Or, someone?” he teased.

“If only,” Phil mumbled.

We three sat on the porch to peruse the chicks walking down Bailey Avenue. There weren’t any. Oh, well. Stu shot Phil a look, shook his head, then said, “Can’t do it man.”

Phil just nodded. No big deal, I guess. I looked at Stu and asked, “Can’t do what?”

Phil looked at Stu, shrugged his shoulders, then looked over at me.

Looking over the railing, Phil pointed at his old Harley.

“How would you like one of those? Only better!” he challenged me.

“Just shut up and listen, dork! The Road Hog I bought mine from? He’s got a line on another one. Wants to buy it at auction, sell it quick, make a buck or two. Needs more bread, I guess.”

Stu shot me a glance along with an evil grin which, for Stu, was way out of character. Then he turned back to Phil, who concluded his little speech. Or, should I say, sales pitch?

“Jeff, you gotta see this Hog!” Stu piped in.

“Ultimate Hog,” Phil chimed in. “My bike may be a Beast, but a Hog is outrageous! Big. Bad. Beautiful. 1,500 cc’s. More power than some cars. And it’s in mint  condition, dude. This is one of those once-in-a-lifetime deals.”

Shame on me, but Phil had my attention.

“Police Garage,” he replied with a grin.

“What the heck’s a suicide shift?”

“You dork! It’s a stick shift, on the tank. Clutch on the foot pedal. Thing’s a monster! Double roll bars. Must weigh over 650 pounds.”
I stood there, looking over the balcony, taking in Phil’s beast in its full glory. The more I looked, the more I was hooked. Without even realizing my lips were moving, two words slithered  out of my mouth.

Phil and Stu laughed loudly, patting me on the back with a sense of misplaced pride in my decision.

“Only one thing,” I interrupted. “You gotta teach me how to ride it!”

“Okay, dude. But I’m gonna need the cash today. You got it?”