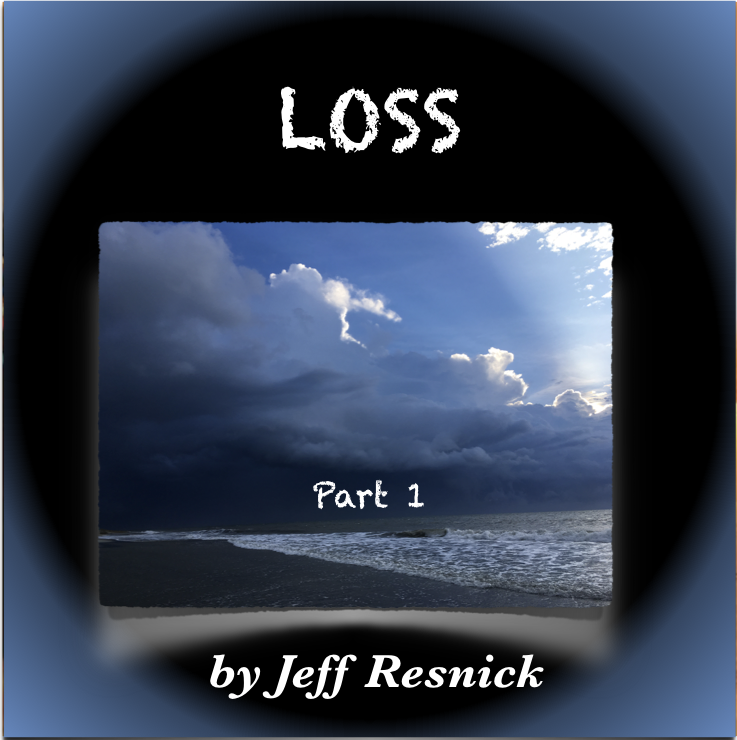 This is a work of fiction. Names, characters, places, and incidents either are the product of the author’s imagination or are used fictitiously. Any resemblance to actual persons, living or dead, events, or locales is entirely coincidental.
This is a Four Part Story
​The Narrator
​
He was born with the gift. From the time he was a small child, he reveled in the absolute joy of making music. It just came naturally. On his twelfth birthday, his father rewarded him with a tenor saxophone, so very appropriate for this youngster named Woody Reed. Dad also enrolled his young son in the local musician's union, and bought him a white tuxedo jacket, making his entry into the business of music official. A week later, he arranged the boy's first gig with a quartet of old wedding-band musicians who owed Dad a favor or two. When Woody arrived at that first wedding gig, making the decades-long foursome a quintet, the old-timers sulked like the joke was on them. One favor too many, they must have thought. After bemoaning the band's bad luck for a few moments, the trumpet player picked up his horn, rolled his eyes, and looked askance at Woody.

Woody wasn't nervous. Not even a little. When you're twelve, nothing makes you nervous. He just lifted his saxophone from its burgundy velvet-lined case and stood at the ready.

“No," Woody hesitated, "but I'll jump in on the second chorus after I hear you play the first."

As I've already told you, Woody possessed the gift. He joined in on the second chorus, as promised, keeping one eye on Trumpet Man to catch his reaction. Within a few moments, eyebrows were raised on the other band members, as well, not to mention the guests slow-dancing to Misty. Woody didn't really understand yet that he possessed the gift. All he knew was that he loved playing music, that he had been blessed with the ability to entice a wonderful, warm tone from his sax, and that his quick mind instantaneously allowed him to mimic whatever he heard. Trumpet Man jumped back into the lead on the bridge, and Woody closed out the chorus. Then they switched, and were off to the races, as they say. As  the song ended, the audience applauded enthusiastically, waiting for another danceable tune, and the old guys in the band favored Woody with a knowing look that seemed to say, 'You're okay, youngster.’  Never make an audience wait when they’re applauding, and Trumpet Man called out the next tune.

"You know Lush Life?" he teased.

Without waiting for Woody to finish his answer, the tall, lean piano player closed his eyes and eased into the introspective introduction of Lush Life, Trumpet Man stifling a chuckle, which became the pattern for the evening. Woody sensed he was in his element. This was where he belonged. Just before midnight, the bride and groom departed for the honeymoon suite, which was the band's cue to play The Party's Over. The quartet of oldsters could see the future in that very moment, knowing all too well that Woody felt like he was just warming up, and didn't want to stop playing, ever, for any reason. Even at this young age, he experienced the deepest of yearnings that music alone seemed able to satisfy. But, alas, he followed Trumpet Man's lead and closed out the final tune, and the party, with a flourish, wondering why he was finding it so painfully difficult to abandon the moment.

When they were all packed up, Trumpet Man gently wrapped his right arm around Woody's shoulder and looked him in the eye.

"Kid, I don't know where you learned to play like that, but you are one great little tenor player. I guess your folks named you right!”
​
"Thanks," Woody said with a nervous shuffle.

"Not only that, but you're a fast learner, with a great ear, too," Trumpet Man added. "That'll take you far in this business, if you don't screw up first. Listen, we got another wedding gig tomorrow night, kid. Wanna join us?" he asked with a slight tilt of his head, his right hand now patting Woody's shoulder several times in a genuine gesture of encouragement.

A bond had been formed, the kind of bond that transcends generations of performing musicians. Oh, I don't doubt that similar bonds exist between athletes in any team sport, but when is the last time you saw a 63-year-old pitcher playing professional baseball on the same field as a 12-year-old second-baseman? Woody sensed that tomorrow night would be another chance to share his gift. And tomorrow, he would be able to play the first chorus of every song he had played tonight. If you must know, many musicians possess such a gift. But it would be years before Woody Reed would comprehend that he had been given another Gift, more far-reaching and bizarre than the mere gift of music. And he would be one of a select group ever to have received this gift from the omniscient giver of Gifts. With such a history shaping his destiny, surely it wouldn't be long before Woody Reed would experience his first journey to The Zone.

What is The Zone, you ask? Undoubtedly, you've heard tell of the Olympic 100-meter sprinter who exercises not only his body, but trains his mind to visualize every split second of the gold medal race before the gun sounds. Still in the blocks, he imagines every muscle not yet taut, every breath of air not yet breathed, every inch of ground not yet traversed. And when the starter pistol explodes, so too does the sprinter, his running shoes barely touching earth as he flies through the air for nine heart-stopping seconds, thus entering The Zone. Whether the result of years of relentless practice or the gift I've spoken of, more likely a combination of the two, The Zone exerts a particularly strong pull on performing musicians. I know this to be true, for indeed I have traveled to The Zone on countless occasions, each time amazed at what, and whom, I encounter there. Yes, I said 'traveled to,' as opposed to 'entered' or 'visited.'  You're very perceptive to have noticed my choice of words. But this is not my story, after all. It's Woody's. So I think it would be best if I let Woody tell you about his first journey to The Zone, in his own words. What awaits you might be considered by some to be disturbing. So consider yourself warned, much like the verbal disclaimer intoned on commercial breaks while you're watching movies on cable television.
​
‘The content of this program may not be appropriate for all viewers, and discretion is advised.’
©  Jeff Resnick  2018
All Rights Reserved
CLICK HERE to proceed to LOSS: PART TWO