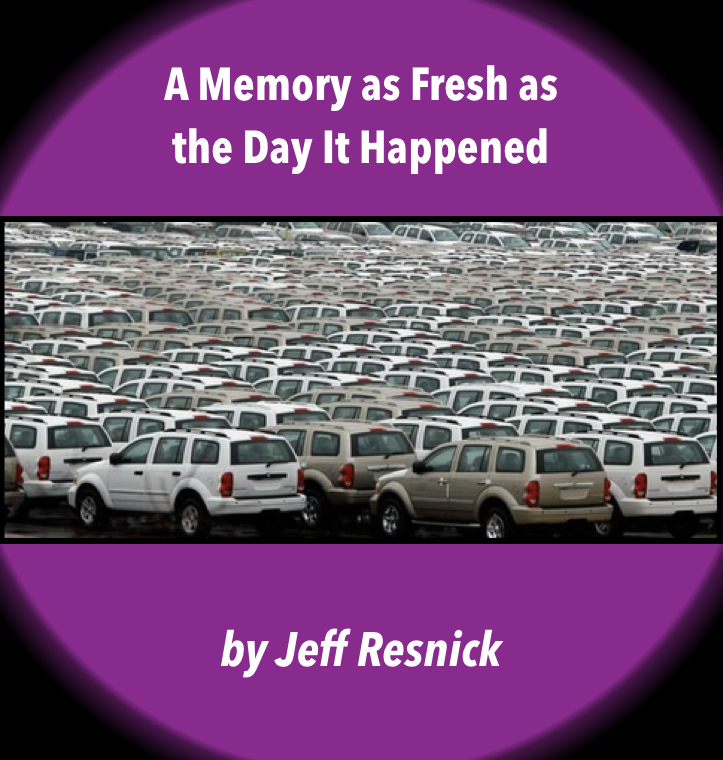 CLICK HERE to Read PART 1
The first time I was to meet Jay's dad would be six years later, at Jay's funeral. I confess that Jay's untimely death personally traumatized me. The memory of that day is as fresh today as the day it happened. I was awakened by my clock radio at 7:30 that morning to the sound of the commercial I had only yesterday produced for Jay's dealership. I always enjoyed hearing my commercials on the air, in the context which they would be experienced by the typical radio listener. The commercial sounded great on-air, as I had hoped it would. Next came the prerecorded newscaster's voice, "The news this morning is brought to you by . . ." followed by the name of Jay's dealership. That's called a sponsor audio billboard, and it was one of the perks I had successfully negotiated. By way of background, all radio commercials were transferred to "carts" (tape cartridges) for later airing. The days of cueing up reel-to-reel audio tapes were long gone. Neither the audio engineer nor the DJ had any idea what might be on any given cart, since carts were pre-logged by code number. The newscaster sat in the broadcast booth, oblivious to the carts that were being loaded in sequence by the attending engineer, and unable to hear them anyway without the benefit of headphones. Immediately after Jay's commercial and billboard concluded, the newscaster received the standard finger-pointing cue from the engineer to deliver the live news headline of the morning, which on this day was the announcement of Jay's tragic death in a car accident less than eight hours before. My first wakeful thought was that this must be someone's sick idea of a joke . . . Jay's commercial had just aired, after all . . . that proves he's fine!

Not knowing what else to do, I drove to the dealership, arriving at the same time as the stunned employees. Everyone was in a daze, including me. I remember walking into Jay's office, where the two of us had sat and joked the previous afternoon, enjoying the last meeting of the day. I sat in the chair that had become my place, and noticed my media proposals still sitting on his desk, waiting to be read first thing this morning. I was shaken by the sight of two half-full coffee cups still on the desk in front of me, convinced that if I just picked mine up and finished the contents, Jay would surely walk over to finish his. Who can really explain the extent of our emotions when tragedy occurs? As one of my first clients, and the first car dealer I would work with, Jay and I had quickly established a camaraderie that can only grow from the seed of mutual trust. It wasn't that we were close personal friends. Oh, we became friendly in a business kind of way, as agents and their clients sometimes do. But he had his personal life and family, and I had mine. We didn't socialize. As I said, I met Jay's dad for the first time when I walked through the receiving line at Jay's funeral in 1986.  "I was Jay's advertising agent."

​His father looked at me warmly, and said, "Oh, yes, Jay spoke highly of you." That's when I finally lost it. The tears didn't stop for at least a week, and the sadness is ever present, albeit diminished.