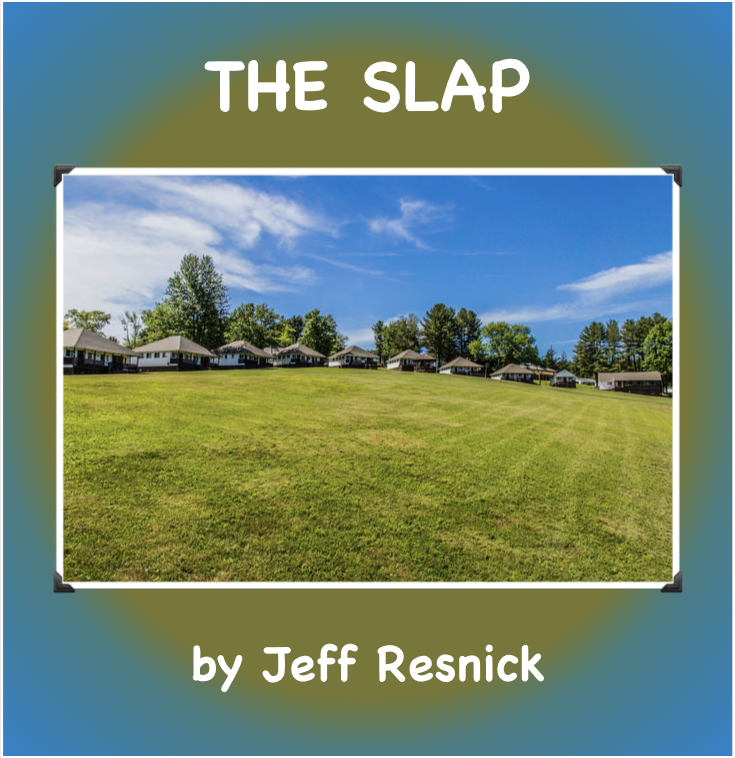 This is Part Three of a Four Part Story!

CLICK HERE to read Part Two
Nearly sixty years before ‘The Slap’ became a 5-star TV series, I experienced such a slap,  though under very different circumstances. Overnight camp was quickly drawing to a close. You could feel the disappointment in the air. At dinner one evening, my bunk-mate David and I were seated at the table. Nadine, our favorite waitress, was leaning over the table between us to remove a plate. Out of the corner of my eye, I saw David lean back and spank her once from behind, then turn away as if nothing had happened. From that moment, everything descended into ultra-slow motion. Nadine straightened up, face beet-red, fighting to control her tears. She looked at me, fuming. She looked at David, who pointed at me.

Nadine picked up her tray and stalked off, tears now flowing. A moment later, she walked back to the table, looking resolute. She slapped my face. Hard. I was stunned. David laughed.  Nadine turned and walked back to the kitchen. Joel, our counselor, looked at me, wide-eyed, searching for clarity.

“What just happened here?” he asked me.

“He slapped her butt!” David laughed.

Joel looked at me for an explanation. I had none. Joel looked at David, who claimed  innocence. I felt the accusing eyes of 500 campers focused on me alone. My own tears began to flow. Joel stood up. He pointed at David.

“I didn’t do anything! He did it! I saw him!” David persisted.

With that, Joel grabbed David by the collar and walked him to the kitchen. I sat there, head in my hands, trying to disappear into myself. A few minutes later, Joel returned to the table. Without David. Then Nadine walked out of the kitchen and sat at our table. Next to me.

“No, no,” I interrupted, “you had every right to do that. I’m just so sorry that you had to endure that embarrassment.”

“And that’s the difference between you and David,” she continued. “I should have known you would never have done what he did. I just hope you can forgive me.”

“There’s nothing to forgive. I just hope you’ll still be my friend.”

At that, Nadine stood and kissed my forehead lightly.

“BEST friend,” she said, before turning and leaving. Joel smiled at me warmly from across the table.