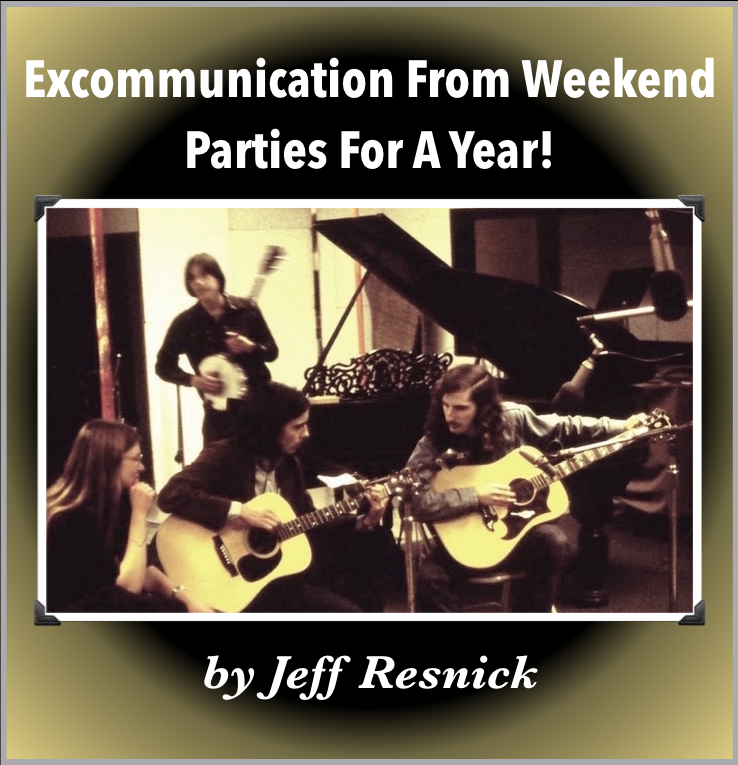 This is Part-5 of a continuing story.
​
CLICK HERE to read Part-1
CLICK HERE to read Part-2
CLICK HERE to read Part-3
​CLICK HERE to read Part-4​
December arrived in a flash and a flurry of activity. Two weeks before the scheduled assembly program, the student government met to draft a resolution requiring all students to be on their best behavior during our upcoming in-school concert, on threat of excommunication from weekend parties for a year for violators! Peer pressure is a powerful tool when utilized in a positive way. When Performance Day finally arrived, the Jazz Workshop took to the auditorium hours before concert-time to set up all their amplifiers and assorted equipment; test the sound system; and, do one final rehearsal of the short, 30-minute program. We broke for lunch in the cafeteria, all eyes upon us when we departed at the conclusion of our Last Supper for the walk back to the auditorium. As we left the cafeteria, lunching students applauded as their way of wishing us luck, letting us know they were with us in mind and spirit, not to mention their best behavior.

The audience took their seats in the most orderly fashion imaginable. Indeed, you could have heard a pin drop. It almost felt too quiet, too artificial, but the performers were as determined to deliver a great show as the audience was eager to hear one. The curtains rose on cue. The stage lights brightened to full. The ensemble played the first two selections without their director at the podium, as I watched from off stage. Then, with no introduction, I walked onto the stage, trumpet in hand, to a wave of applause in anticipation of what was expected. I thought to myself, ‘and I haven’t even played a note yet!’

​Now, 47-years later, the rest of the concert remains a blur in my mind. But it must have been fine, because The Press reported in its next issue that despite the paranoia expressed by the school administration, the Spring Concert would take place as planned as a reward for the ‘acceptable behavior’ of the student body. I couldn’t help feeling that we’d won the battle, but I’d lost the war.