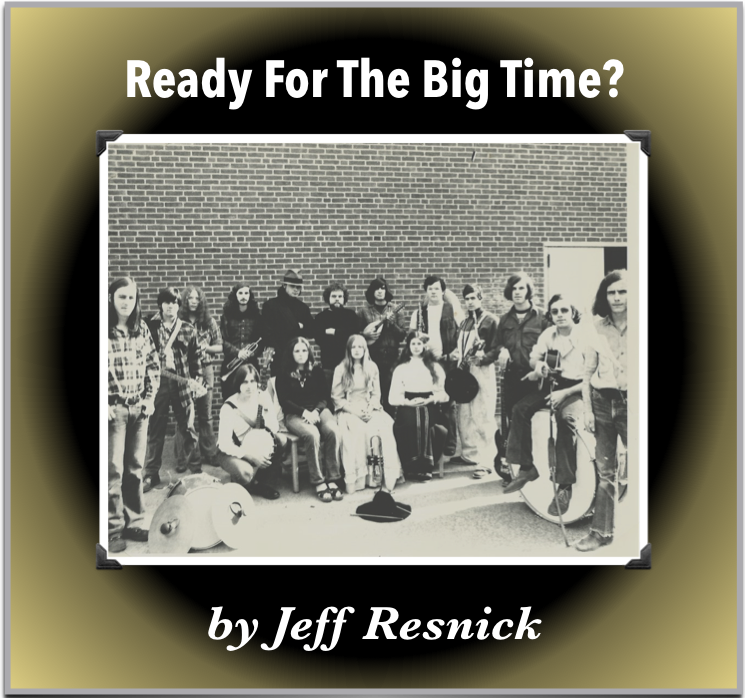 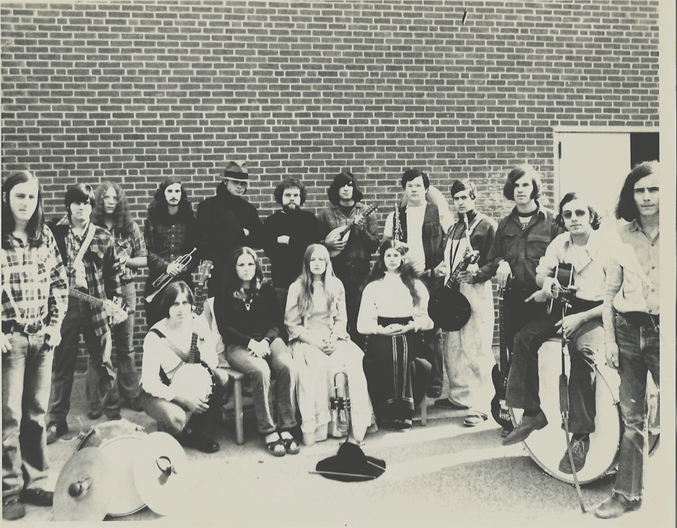 You could feel the excitement as the band members loaded their cars, the caravan heading out for their first venture onto ‘The Road’. We arrived with more than enough time to set up all those ridiculous amplifiers, do the required sound check, and warm up with a short pre-concert rehearsal. I excused the kids to eat their bring-along sandwiches, warning them to meet on stage at 7:45 PM, allowing 15-minutes before show time. I admit to no small degree of apprehension when only half the ensemble showed up.

“Where is everybody?” I inquired nervously. Eyes shifted from side to side, no right-side students eager to look me in the eye. Not a good sign!

“Downstairs in the dressing room,” came a lone voice. Dressing room? Downstairs? I descended the rickety stairs to the dungeon below. A light flickered under the only door in sight, a sweet smell wafting into the hallway. I pounded on the locked door. By now, other band members had followed, knowing some serious kaka was about to hit the proverbial fan. The door opened slowly, hinges squeaking with a life of their own. I saw a half-empty bottle of whiskey and smelled that unmistakable pungent odor of mary-jane (marijuana). My life flashed before my eyes. The school administration would have a field-day when word got out. There could be no doubt that I would be relieved of my duties. Forget about any contract to finish out the year. A future teaching position would be impossible, anywhere, just as the superintendent had warned.  Wife and baby suddenly demanded front-of-stage in my thoughts.

I stood there, lips stretched tight, teeth bared, eyes glaring. This was to be my first Teachable Moment, an opportunity to use the present reality to shape the future of young students who obviously didn’t know any better. Yes, I raised my voice to full volume. Their reaction was not the shock of me screaming at them, but the shock that I didn’t want to join them! Contrary to what my students must have thought, given my reputation as a hip Jazzer, I didn’t drink or smoke (anything). As the unscripted torrent of words escaped my mouth, the guilty ones looked back at me in confusion, undeniable shame clouding their faces.

“Did you give even a moment’s thought to the position you’ve put me in?” I bellowed. The dungeon was deathly silent as the clock ticked ominously towards show time. “How dare you think I’m going to stand out there as your director, in front of an audience, to be subjected to a drug-induced performance! There are youngsters with their parents out there! Your actions have consequences. You wanna get high? GET HIGH ON THE MUSIC! Look, I love you guys, but I’m ashamed to play any part in this. And I won’t.”

A minute to show time. I knew I must cancel the performance.

“Jeff . . . Please . . . Wait . . . This is all my fault . . .” he said, trying to stifle his tears and maintain his dignity. “I brought the booze, and I brought the dope. Please don’t cancel the show. We’ve all worked too hard for this to happen. This band is the only thing in my life that I look forward to. Please don’t punish everyone for my mistakes. I promise you, this will never happen again.”

All heads nodded in agreement. I sat uneasily within their candle-lit circle. “I want you to sit here and think about everything that has happened tonight,” I lectured. “I know what I have to do. All of you will wait right here! Talk with each other about what I’ve just said. I meant every word of it.”

I left the room in silence. In my heart, I knew I had a very important choice to make. Do I cancel the show, and punish not only my wrong-side students, but also the right-side ones, not to mention the hundreds of people who were already seated in the auditorium anticipating a performance by a group of young high school students whose Press was already assigning them legendary status? I climbed the stairs and walked onto the stage to address the expectant audience. They started applauding, thinking the show was about to begin. I raised both hands above my head, indicating I had something to say before the show would begin.

“Ladies and gentlemen,” I began deliberately to a packed house. “Thank you so much for being here tonight, but I’m afraid we’ve had a little technical problem with our equipment. As much as I hate to be the one to have to tell you this, I’m afraid we . . .”

Looking out into the crowd as I spoke, I could only wonder why the audience remained pin-drop silent. Their eyes were on something taking place behind me. Hearing footsteps, I turned to see the band filing out, looking forlorn yet resolute. The young man I had only moments ago admonished spoke directly to the audience with more honesty than anyone could ever have expected.

“There is no technical problem with our equipment,” he began. “The problem is with us.  Mostly, with me. We let each other down tonight. More important to us, we let Mr. Resnick down. He deserves better. We deserve better. We’ve come out here to tell you that it will never happen again. We beg his permission to allow us to perform this concert.”

My decision had been made for me. To this day, I don’t know if the emotion I felt was shock, pride, confusion, love, surprise, or awe. I felt we were all, audience and band, suspended in a vacuum, hanging above it all devoid of air, sound, sight, and feeling. My mind froze in mid-thought. My voice apparently took on a life of its own, because I sensed my lips moving. The words the audience heard were indeed coming from me, but I have no recollection of saying them.

“Hang with us for fifteen minutes, we’ll be ready to go lickety-split.”

​‘Who said that? Where did that come from?’ my mind asked my mouth before the words were fully spit out into reality. The empty silence suddenly crescendoed to deafening applause as the audience let us know ‘the show must go on', as they say. And this show did go on. To be honest, it wasn’t the best performance I would have wanted or should have expected. At times it was a bit sloppy, especially in the first few numbers, for obvious reasons. But what it may have lacked in musical precision, it more than made up for in Passion. And an important Lesson in Life had been learned.
Nothing like this ever happened again. Could I expect anything more?