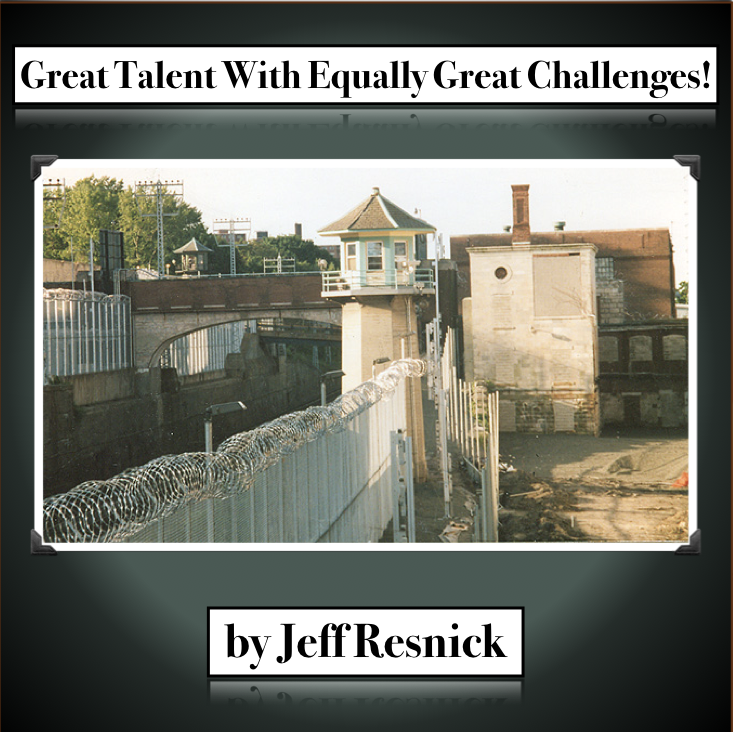 This is Part Ten of a Continuing Story!

CLICK HERE to read Part Nine
Rehearsals progressed quickly and well. The inmate-release program provided some great talent, but some equally great challenges. For example, Rafael played the upright bass with a level of professionalism unheard in the college environment. Unfortunately, though, the prison administration refused to allow him to bring his upright bass to school. I couldn’t understand why!

“How is he supposed to rehearse with the Jazz Ensemble without his instrument?” I demanded with little patience for their answer. Ultimately, two weeks later, they agreed to let Rafael schlep his bass on the prison bus to and from college every day, given assurance from me that it was indeed necessary. A few weeks later, Rafael stopped showing up for rehearsals. It seems he had been conducting a profitable little business on the side while at school, hiding a rather large stash of mary-jane inside the equally large hollow body of his upright bass on a daily basis, then selling the dope to other inmates who were not lucky enough to be allowed prison release. Rafael had built quite a thriving little enterprise. But all good things must come to an end, as his did, and he was put into lockdown. We never saw Rafael again. From our perspective, we needed to replace him with another bassist. While we missed Rafael’s musicianship and outgoing personality, we made do with minimal interruption given the talent we had waiting in the wings.

As for Greg, the trombonist, I had already started writing some Latin charts to take advantage of his professional experiences and ethnic performance skills. Greg was so excited to be playing in the band he could barely contain himself. Every solo he took was like a physical release from bondage, and I never saw him without a smile on his face. Then, one week, he was allowed a three-day furlough to visit his family in The City. He never returned. The phone call from the prison administrator informed me that Greg had been killed in a gang shoot-out. What a tragic waste of a life so filled with potential.

​Alonzo hadn’t played piano for quite awhile. But he showed up every day to practice his craft for hours on end, and before long he started to regain his former keyboard proficiency. The college’s Fender Rhodes electric piano became his chosen instrument, and he took to it like a fish to water. Alonzo played in a nice straight-ahead Jazz style, providing the ideal foundation for the rhythm section as well as the soloists who were comfortable improvising over his harmonic accompaniments. Like Tom, Alonzo stayed on the straight and narrow path, both having made up their minds to reclaim their lives given the opportunity to rejoin society. Harold had recently been issued parole from prison, so he was free to come and go with minimal restrictions. He shared a motel room locally with a girlfriend, which I suspect was a no-no, but far be it from me to judge him. He started out strong, but fell back into some bad habits towards the end of the year. The last I heard, he had returned to prison. Despite all the personal tragedy of prison lives lost or wasted, we were nonetheless able to create some wonderful music and personal relationships that will last in our memories forever.