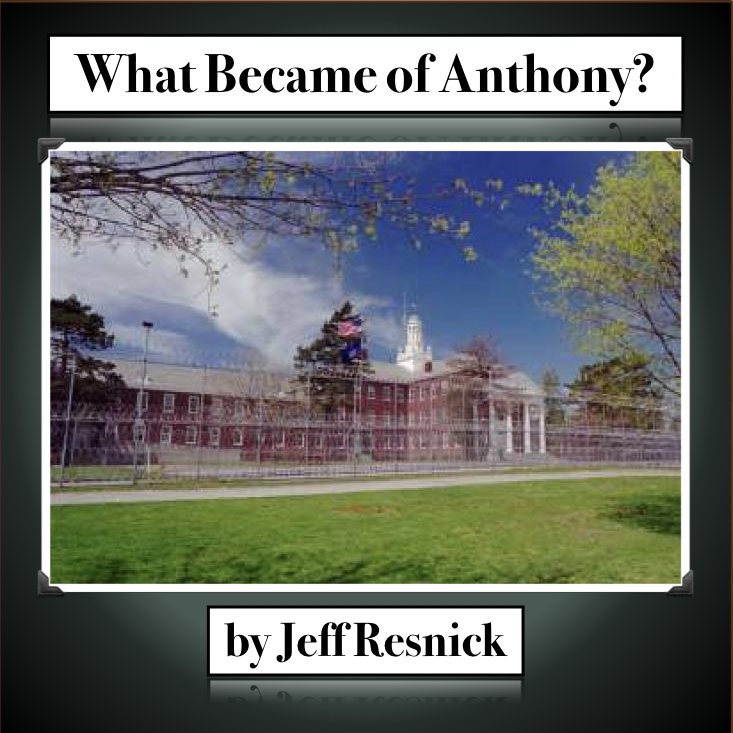 This is Part Eleven of a Continuing Story!

I soon scheduled our first performance inside the walls of the minimum-security prison in Albion, New York. The kids in the band were pretty excited to  perform on their mates’ home turf, so to speak. We were escorted to the building where we would perform. No guards. No locked doors. They had actually constructed a stage for us in the front of the room, which under normal circumstances was a large chapel, complete with stained glass windows, offering a warm and inviting atmosphere. We took our time setting up our equipment, warming up, and rehearsing a couple of numbers before anyone showed up for the show. In the meantime, as we rehearsed, I couldn’t help but notice one man sitting all by himself in the last row, watching and listening. Alonzo, himself a prison release inmate, went over and talked with him as other inmates started showing up, returning to the stage to tell me this man was a friend of his who had played piano in Jazz groups before his incarceration years ago.

“I hope you don’t mind, Jeff,” Alonzo confided, “but I asked Anthony to sit in with us.”

“Well, we’ll see,” cautioned Alonzo. “He hasn’t played in years, and he’s pretty nervous with the prospect of putting himself front and center on stage with a real band again. We’ll see how it goes. I just told him we’d love to have him sit in, and to relax and decide when he’s ready.”
​
Our audience casually strolled in over the next fifteen minutes. There were no guards present, and no introductions made. So, when it looked like everyone who planned on attending had showed up, I introduced myself, and the band, talking a little about our college music program being open to their cohorts. There were smiles all around, but I sensed the ‘show me’ attitude in the crowd. And show them we did! Song after song, the applause grew, and their enthusiasm was contagious. All along, I kept an eye on Anthony in the back row. I could see that he wanted to play in the worst way, but hadn’t made a move to indicate he was ready. Finally, during the next song, I motioned to him with my right hand, gesturing that we wanted him to join us on stage. A simple nod was all I needed, and he gave it. After the song ended, I announced to the audience that there was a special guest in their midst who was going to sit in with us for the next number.

“Anthony, come on up and join us in some music!” I invited encouragingly.

All eyes turned towards Anthony, who got up slowly and walked to the stage amidst the whispers of his mates. Once on stage, it was obvious that Anthony was terrified. His hands were shaking, and I thought he would fall over. I reached my hand out in greeting, leading to a welcome comic moment that allowed everyone to laugh. You see, I offered a white-man handshake. He responded with a black-man fist bump that I wasn’t expecting. I tried to accommodate him, whereupon he tried to shake my hand after all. In the end, we ended up with a pretty wimpy pinkie-bump, to the delight of all.

“Alonzo tells me you’re a piano player,” I whispered as we tried to decide what to play together.

“Don’t worry, we’ll make it easy for you,” I encouraged. “Let’s play some Blues, okay?”

“All right, then, the Blues in F!” I called out to the band, finger-snapping a slow, solid tempo to get the tune rolling. While our guitarist, bassist and drummer played the first chorus as a trio, the horn players worked up a simple melody line, which they added on the second chorus. While all this was going on, Anthony tried to find his fingers on the Fender Rhodes electric piano we had brought along for the show. I could see his knees knocking, his fingers shaking, and I just hoped something would come to him by the time I gave the stage over to him for the third chorus. Sure enough, he proved the old maxim that learning to ride a bike all over again was no big deal. Once learned, never forgotten. Anthony got stronger chorus by chorus, and the horn players added their back-up licks to the rhythm section’s front-down kicks. Standing off to the side, I saw the tears begin to flow from Anthony’s eyes, rolling down his cheeks. And that’s when I realized he had found new purpose in his life, a reason to value and cherish the freedom he would regain in but a few months. I had no doubt that music had once again saved another soul.

At the conclusion of the song, the audience jumped to their feet and applauded with shouts and whistles. Anthony walked over to me on stage. This time, there was no wimpy pinkie-bump. No, he hugged me like a long lost brother, which indeed I was in that moment. I could see in his eyes that he didn’t want to leave the stage. He had found something of importance that he had once lost, and couldn’t risk losing it again.

​“Hey, Anthony,” I whispered only to him. “Stay up here and play some more, will you?”

His smile said it all. I walked off the stage and sat with the audience, watching the rest of the unrehearsed show, Anthony playing along side my college Jazz Ensemble musicians like he had been a member of the band for years. In the meantime, several guards entered the chapel from the rear, undoubtedly hearing the music from outside. I recognized one of them as a student in my Jazz Appreciation class at the college. In fact, he had auditioned on drums for the Jazz Ensemble, but his work schedule as a corrections officer here simply wouldn’t allow him to participate.
“Hey, Larry!” I called out to the back of the crowd. “How about sitting in for a couple of numbers?”

“Yeah, you!”
​
His smile lit up the room, and we finished the show with Larry-the-guard on drums, performing with Anthony-the-inmate on piano. We made new friends and came to understand much about life that sure couldn’t be taught (or learned) in a classroom. I often wonder what became of Anthony. I choose to think he returned to civilian life and made his mark as a respected musician.  It makes me feel good. And lucky to have experienced such a performance.
​©  Jeff Resnick  2018
All Rights Reserved
CLICK HERE to read Part 12